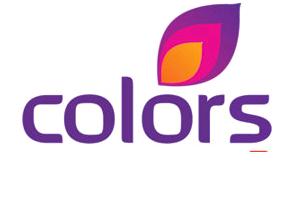 Colors channel got its popularity with hit fiction as well as non-fiction shows. Colors has come up with various reality shows and now there is one more show on its way.

The new show will be of comedy genre with a different and new concept. Comedy Nights with Kapil is being hosted by Kapil Sharma and renowned comedians are being loved and appreciated for their performance in the show. Now it will be interesting to see what different concept the audience will get to see from this new comedy show of Colors.

According to the latest buzz the new comedy show on Colors is still in the run of finalizing acclaimed comedians.

According to the sources, "The show will be produced by Vipul D Shah of Optimystix Entertainment. The deal was signed a few weeks back. Vipul has been seen co-producing one of the long-running stand-up comedy shows Comedy Circus, which had a great run of 16 seasons. The Comedy Circus team is working on this new show. Krushna Abhishek, Sudesh Lahiri and Bharti Singh have been signed in the show. The show is a breakthrough in the comic genre on Indian Television and the concept will be one of  it's kind, a first in the country."

We contacted Bharti Singh to know further details about the show and she says, "Yes I have signed the show which is on the comedy genre on Colors. I am very happy to come back after 3 months of break with my team. This show will have an altogether different concept with new and unique setup; there will be many new characters in the show, it will have an essence of excellent comedy genre which people have definitely not seen before."

We tried calling Krushna but he didn't revert back. This show is mostly to launch next month.

It will be interesting to see if the new show can match up to the level of Kapil Sharma's show.

+ 4
6 years ago Kapil Sharma is the best entertainer...
He is far better than all 3 combined... this show won't match up ti Kapil Sharma. Because Kapil has a class and is very talented in interacting all types of people...