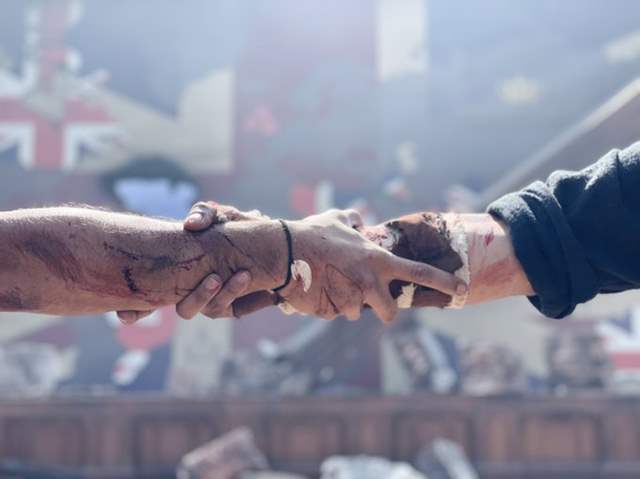 The ravishing Pan-India film RRR, is nearing a wrap up. After a long journey of shoot schedules with some gaps, the climax is now being shot. To keep up the anticipation and excitement of fans, the director took to his social media to share a still.

The most exciting climax is being shot now between Ramaraju and Bheem, to achieve what they desire. SS Rajamouli took to his social media to share,

"The CLIMAX shoot has begun! My Ramaraju and Bheem come together to accomplish what they desired to achieve... #RRRMovie #RRR"

The still looks like an atmosphere filled with rage, angst and a fight that will enthrall all of us. The scarred hand that tug against each other will add to the feel and make RRR the magnum opus that it is.

A period drama that narrates a fictional take on the younger days of celebrated freedom fighters Komaram Bheem and Alluri Seetharamaraju. Directed by ace director SS Rajamouli and bankrolled by DVV Danayya under the banner of DVV Entertainment.