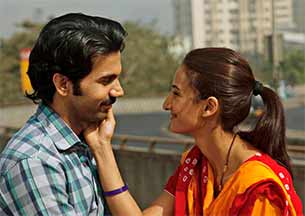 Director Hansal Mehta is currently on a huge high. Not only has his much-awaited next titled Citylights bowled over the who's who of the industry, the film's music composed by Jeet Gannguli has also become a huge hit. Starring the National Award-winning actor Rajkummar Rao, the movie's song Muskurane, sung by the Aashiqui 2 sensation Arijit Singh, is currently on the top of the charts on TV, radio and is also one of the most downloaded songs.

Audiences have given two thumbs up to the album of Citylights that has other sensational songs like Soney Do, Ek Charraiya (both sung by Arijit), Darbadar sung by Neeti Mohan, and the title track Citylights sung by none other than Usha Uthup and Ustad Rashid Khan.

The already acclaimed Citylights releases this Friday 30th May.
4 Likes