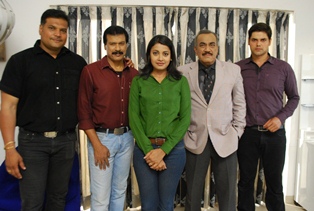 CID has a treat in store for its viewers on the occasion of Holi. The crime thriller will add the color of mystery in the lives of its fans on Monday, March 17 too as the CID cops race against time to solve a murder mystery involving Abhijit.

In this Holi special episode, Dhenchu (the dwarf informer) amidst the festivities, overhears two people planning to kill Abhijit on the occasion of Holi. Dhenchu takes their picture and informs Daya about the plan. Later, CID team gets to know that Dhenchu goes missing though Daya manages to get to one of the men who is in that photograph.

CID cops go to save Abhijit during the Holi Party but Abhijit ends up killing the assassin and runs away. But they soon realize that the killer is an imposter of Abhijit. Is Abhijit's life still in danger at some other Holi event that the cops don't know of?

-Twinkles- 6 years ago looking forward for this Monday special episode...!!

Happy Holi to everyone...

piya- 6 years ago CID will be there on Monday? Wow and that too Abhijeet special episode :)
So excited for this episode:) I am sure we will get duo moments in this case :)

Veena.. 6 years ago a special episode on sunday with trio :)
CID rockx

PROTIM21 6 years ago Wou, CID on monday.. Thanks for the article TB.. This years CID episodes are really better thn last year..CID Rocks

And Abhijeet special episode... Woow...waiting...
Thank you IF n TB for this article...

Minionite 6 years ago As per the official Setindia site this episode is airing on MONDAY at 9PM!!!

-SNEHAL- 6 years ago Does this mean we are having CID on monday?

Thank you IF n TB for posting articles on CID regularly.

Veena.. 6 years ago Dayanand shetty and aditya srivastav are the best... Love CID