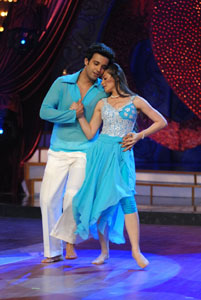 Nach Baliye is getting bigger and better. In its 4th week now, the channel and the judges have decided that its time to give away awards to the choreographers every week. The best choregraphy will surely win all the accolades from the judges, but there is something more in the offering from this week.

From this week onwards, Nach Baliye 3 wil award the best Choreographer with the ‘Choreographer of the Day’ Award, and Vaibhavi will decide on the name..

The theme this week, is ‘Touch Baliye’, where the couple should go with the flow of the performance, being in contact with each other, in some way or the other.

This week, Aamir Ali – Sanjeeda pair bounced back from their lackluster performance of last week, to give a fabulous ‘Touch Baliye’ act. The duo performed tremendously well on Taal number and made the judges shed tears, while the audience went on to demand a ‘Once More’. 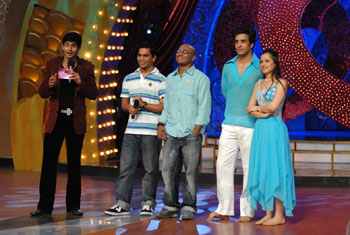 What’s more? Arun and Chetan, their choreographers, who got a stick from Vaibhavi last week, turned the tables this week, and won all the praise from her, and won the first Choreographer of the Day Award. The choreographer duo won comments with adjectives like marvelous, mindblowing, amazing and outstanding.

Telly Buzz talked to Aamir Ali and this is what the actor-dancer had to say about this week’s performance. “It was the ‘Touch Baliye’ round, but our aim was not to forcibly touch the other person, the choreography was so adept that we focused a lot on dance and expression and the touch was just coincidental.” 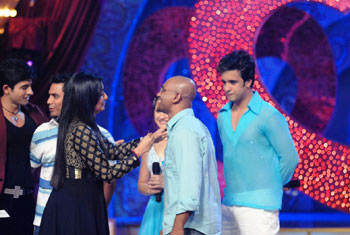 When asked about the judges’ comments, a relieved and happy Aamir said, “Yes, it was lovely, all the 3 women present, Ishaa, Vaibhavi and Vidya had tears in their eyes. I thnik even Davidji was moved. After last week’s performance, this lift was really needed for us.”

So what was the USP of this week’s performance? Quick came the reply from Aamir, “From the heart, for the heart”, as he signed off.

How did you bounce back so well?, was a question directed to Aamir’s Baliye Sanjeeda, who said, “Ups and lows are part of a competition, and getting into a low last week was a turning point for us. We had it in the back of our mind that, we had to prove to the judges and the audience that we are capable of doing better than this.” 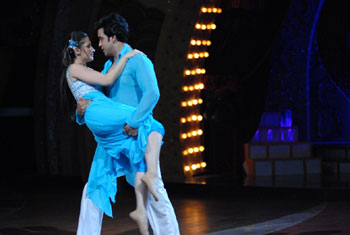 Tell us about the performance and the reaction of all around? “As we performed, we were so into it that we did not know what was going on around us. Only after the performance did we realize that, we made every one cry. Naturally, ladies are ought to be the emotional ones, but I tell you, even the men in the audience were crying. I am not going to talk more about the performance, because it is for you to see and judge”, says Sanjeeda as she signs off.

Get ready to watch Aamir and Sanjeeda rock on stage, while their choregraphers walk away with the Cake the 'Best Choreographer of the Day Award'. 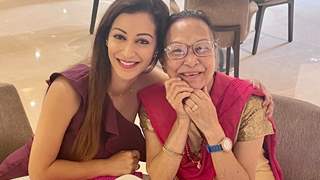 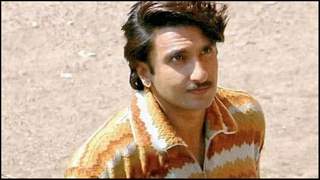 Ranveer Singh filmed for Jayeshbhai Jordaar song Firecracker without a ... 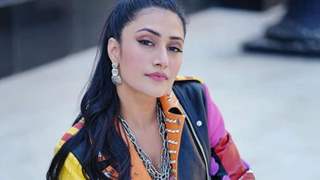 + 3
14 years ago arun n chetan remind me of harshal n vitthal (HuTi's choreographer)...perhaps cuz of the luks n the one guy is bald n stuff like tht...too many similarities

+ 8
14 years ago Aamir-Sanjeeda bounced back & Arun-Chetan got choreographer of d day award cool. Can't wait to c d episode. Thanks for the amazing article & pics.