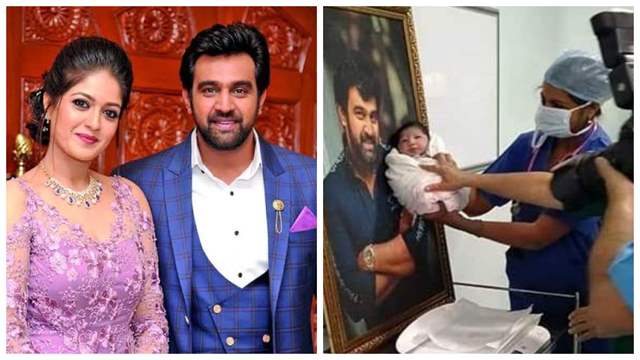 Meghana's father Sundar Raj interacted with the media outside the hospital and also shared the nickname for his grandson while speaking to the media. He said, "I have decided to call him Chintu. He is Chiru's son Chintu. He is here to take away our chinthe (worries), hence I chose Chintu for me. We are extremely happy and will have a grand naming ceremony soon."

Sundar Raj also told the media how October 22 is a special date. "Three years ago, it was on this very date that Meghana and Chiru were engaged. This is a very pleasant coincidence and it also shows how some things are destined to be and today is one such day when we have welcomed my son in law once again into this world," he said.

Uncle Dhruva Sarja had announced the happy news on social media as pictures of him holding the new born baby in his hands were shared online. Fans are also hailing this moment as the rebirth of the actor, who had passed away in Bengaluru on June 7 this year at the age of 36.