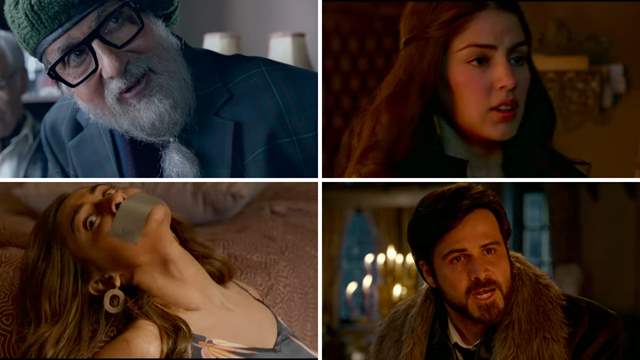 The much awaited trailer of Anand Pandit’s mystery thriller Chehre starring Amitabh Bachchan and Emraan Hashmi is finally out.

Big B plays an intriguing game of crime and justice with Emraan, who is an ad agency executive and takes shelter at the former’s house after he gets stuck in a storm. What happens next will definitely be a story to witness.

The trailer also puts an end to all speculation as Rhea Chakraborty finally makes an appearance at the end of the trailer.

Previously, Rhea went missing from the teaser of the film and was also snubbed from the film’s poster.

There was a lot of speculation about Rhea’s presence in the film. Recently, when producer Anand Pandit was questioned about the same, he dodged it by saying that the makers have decided not to talk about Rhea at the moment.