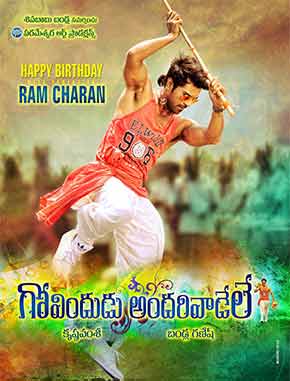 Basking in the success of Telugu family drama "Govindudu Andarivadele", its director Krishna Vamsi feels that actor Ram Charan and producer Bandla Ganesh deserve to be credited for the success of the film.

"When all top heroes are busy doing commercial films, Ram believed in my script and agreed to work in my film. Several producers warned Ganesh to not produce my film, keeping in mind my recent failures. But Ganesh backed my film with full confidence. I think they deserve this success more than me," Vamsi told IANS.

"I'm indebted to life to Ram as well as Ganesh for supporting me. This success has made me stronger," he said.