In this edition of the popular section Celebrity in the Spotlight, BollyCurry shines its light on one of the finest, yet underrated actresses of our times. Known for her nearly flawless acting and sharp intelligence, Kalki Koechlin is one actress who's managed to win the adulation of audiences and critics alike.

Koechlin was born on the 10th of January, 1984, to Joel Koechlin and Francoise Armandi in the quaint little city of 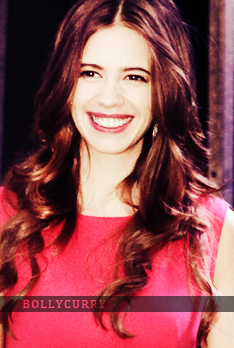 Puducherry [then Pondicherry]. Not many know that Koechlin is actually of French descent; her parents had migrated to India around 40 years back as they were strong believers of the famous spiritual leader Sri Aurobindo. Koechlin completed her schooling from the Hebron School, Ooty, and then went on to pursue Drama and Theatre in Goldsmiths, University of London.


Koechlin returned to India after completing her education and lived in Bengaluru with her brother for nearly a year, trying her luck in the theatre industry there. However, she soon came to realize that there was no scope for her in the city, and decided to move to Mumbai to try her luck in the entertainment industry. While in Mumbai, she worked extensively in theatre, but the money she earned was never enough for her, which is what prompted her to try her luck in Bollywood. After a short stint in the modelling and advertising industry, she auditioned for the role of Chanda for a modern remake of SC Chattopadhyay's Bengali novella 'Devdas' and landed the role of Chanda in the film Dev D. The movie performed decently well at the Box Office, and Koechlin's performance was lauded by everyone.

Despite her power-packed performance in Dev D, Koechin did not appear in any films for nearly 2 years and stuck to theatre. She then returned to the silver screen with The Girl in Yellow Boots and Shaitan, where her performances were appreciated by the critics and audience alike, despite the films not performing too well at the Box Office. She also appeared in the popular film Zindagi Na Milegi Dobara, which changed the audience's perception towards her and her performances. Since then, Koechlin has maintained a fine balance between commercial and realistic cinema, and has appeared in many popular and critically acclaimed films such as Shanghai, My Friend Pinto and Yeh Jawaani Hai Deewani, where her performances have been always brought her into the limelight.
Within 5 years of entering the industry, Koechlin has carved a niche for herself and has not allowed herself to be typecasted into a specific role. She's been widely appreciated for her choice of roles and her performances and continues to wow her fans with her sharp intelligence. She has won 2 awards over the span of her career, one of them being the prestigious Filmfare Award for the Best Debut for her impeccable portrayal of Chanda in Dev D.

Koechlin is married to ace director-producer Anurag Kashyap, who directed her first film, Dev D. While it appeared as if all was well, the two parted ways last year to take some time apart. However, Kashyap was all praises for Koechlin on a recent episode of Koffee with Karan and the two still share a comfortable relationship.

Did You Know?
Koechlin's lineup for the coming year includes the eagerly awaited film Happy New Year, Jiah and Jiah, and Margarita with a Straw, along with many other theatre projects. Here's hoping that her upcoming flicks and performances continue to bring her the success and admiration that she deserves. BollyCurry wishes Kalki Koechlin all the very best for her future!

Author: Ritchelle C.
Editor/s: Komal P. and Gunia M.
Graphics: Shikha A.
Do you have a comment or suggestion for BollyCurry? Drop us a PM at BC_Dropbox today!
8 Likes