New Delhi, June 29 (IANS) Making a comedy became a sure-shot success formula at the box office in 2008, but it hasn't worked well for filmmakers so far this year with biggies like 'Chandni Chowk To China' and 'Billu' biting the dust at the ticket window.

But many still feel that the genre hasn't lost its charm and will prove its worth with upcoming films like 'Kambakkht Ishq' and 'Dil Bole Hadippa'.

Comic capers became box office favourites in 2008 when big-budget, multi-starrers like 'Dostana', 'Golmaal Retuns' and 'Singh Is Kinng', small fry 'Oye Lucky! Lucky Oye' and even the non-commercial 'Welcome To Sajjanpur' turned into top grossers at the ticket window.

But none of the comedies released in 2009 have been able to do repeat the success story. When Akshay Kumar-starrer 'Chandni Chowk To China' was released, trade pundits expected it to carry forward the trend and fans too anticipated another heavy dose of fun and frolic. But the film didn't live up to expectations and fell flat at the box office.

Others that saw the same fate were films like Soha Ali Khan's 'Dhoondte Reh Jaaoge', Fardeen Khan-starrer 'Jai Veeru', a film based on the Parsi community 'Little Zizou', Aftab Shivdasani's 'Aloo Chaat', Vinay Pathak and Gul Panag-starrer 'Straight' and '99', which had Kunal Khemu and Cyrus Broacha in key roles.

Despite comedies flopping left, right and centre, filmmakers have not lost faith in the genre. Vipul Amrutlal Shah, who produced last year's blockbuster 'Singh is Kinng', had told IANS that humour has to change it's form to hit the bull's eye.

Veteran filmmaker Shyam Benegal, who returned to comedy after 33 years with 'Welcome to Sajjanpur', feels comedies will be successful in the future because of a sociological reason.

'There is a sociological reason behind the success of the genre. Comedies work well when circumstances around us are grim. In such a situation, comedies play an effective role in providing people momentary escape from the harsh realities,' said Benegal.

The failure of the genre in the first half of the year has proved that it is not a cakewalk making a comedy that is crafted to amuse, entertain and provide enjoyment to all classes of people.

'People feel it's easy to make a comedy, but that's a myth. It's very difficult to make people laugh. Plus in this age of cinematic experience, you have to take care of so many things like the look of the film,' said Rohit Shetty, director of last year's hit laugh riot 'Golmaal Returns'.

According to film critic and trade analyst Taran Adarsh, Bollywood churns out at least 20 comedies a year, some of them with a big star cast, but not all taste success at the box office because 'audiences have learnt to separate the wheat from the chaff'.

'Just because you insert a few laughs, doesn't mean you have a successful film on hand,' he said.

Now all eyes are on Akshay Kumar and Kareena Kapoor's lavishly shot romantic comedy 'Kambakkht Ishq' and Akshaye Khanna and Arshad Warsi's 'Short Kut - The Con Is On'. 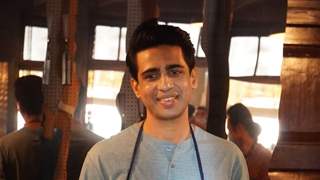