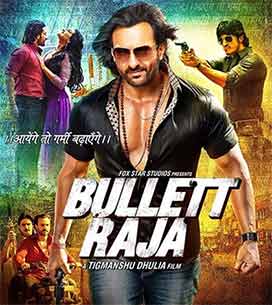 Chief Minister Akhilesh Yadav Monday presented a cheque of Rs.1 crore to the director and producer of Hindi film "Bullett Raja" as it was extensively shot in Uttar Pradesh.

They accepted the cheque of Rs.1 crore given by the state government under its amended film policy of 2001.

The government has decided to give facilities such as tax rebates and financial assistance to films based on Uttar Pradesh's culture, tradition and lifestyle and shot extensively in the state.

Yadav said his government was committed to promoting films that bring tourism to the state and create job opportunities.