Valentines Day is finally here, so we thought of doing something special on B-Town & T-Town. Here we are pairing a B-Town actor/actress with a T-Town actress/actor.

Featured Video
Shahid as Aditya in Jab We Met is very sweet, cute, quiet but smart and handsome. Complimenting Aditya is Geet, a sweet, beautiful and funloving girl, is an incessant chatterbox who views the world through rose coloured spectacles. Everything looks pink and beautiful in her life. Shweta Gulati from Tellywood is even sweet, beautiful and funloving though we dont know whether she is a chatterbox or not but still she is just a pefect fit for Geet of Jab We Met.

Amrita as Sanjana in Main Hoon Na tried to become a son for his father in the 1st half but in the 2nd half we got to see girly side of her who changes herself just to impress Lucky (Lakshman Prasad Sharma). Lucky is a young college "dude" who is full of vanities at first but later, grows into a mature person. Mohit Shegal from Tellywood is just like Lucky and would make a remarkable pair with Amrita (Sanjana).

Ranbir Kapoor as Ranbir Raj in Saawariya is a free spirited idealist  dreamer who falls in love with Sakina. Sakina is very beautiful. Her innocence and sublimity can remind you of your first serious infatuation. Her smile is so pleasant, that it's an incentive to forget everything else. If someone can play Sakina's role and will compliment Ranbir in Sawariya, it is none other then Aamna Sharif. She can be perfectly step into the shoes on Sonam and be paired up with Ranbir Raj (Ranbir Kapoor).

Shahrukh Khan as Surinder Sahni in Rab Ne Bana Di Jodi, a simple, clean-hearted, honest man, leading a very ordinary life, quietly falls in love with Tania "Taani" Gupta. Taani, is a young beautiful, fun loving and vivacious girl. The only girl from our Tellywood who can take Taani's place and compliment Shahrukh is none other then Saara Khan.

Sonam Kapoor as Sakina in Saawariya is very beautiful girl, full of innocense, with a pleasent smile. Sakina - Ranbir relation starts with friendship but ultimately, they both end up falling for each other. Hussian from Tellywood is even a free spirited idealist - dreamer like Ranbir Raj. Therefore, Hussain would be perfect for Ranbir Raj's character.

Imraan Khan plays a role of Kabir in Kidnap. Kabir is a kidnaper who kidnaps Sonia and wants to negotiate with her father only. Sonia is a tycoon's daughter with an allergy to wearing clothes, behaves like a hot temptress while being in captivity. The only actress from Tellywood who can carry this role really well is Karishma Tanna. She is slim, tall and sexy just a perfect one for playing Sonia's role.

Genelia, as Aditi (Meow) in Jaane Tu Ya Jaane Na is mischievious, violent and passionate wildcat, who falls in love with her bestest friend Jai Singh Rathore (Rats). Rats the most soft-hearted, sweet, and non-violent Rajput ever. Though Karan Singh is not exactly like Jai but still he is the one who can compliment Genelia.

Hrithik Roshan, as Rohan in Kabhi Khushi Kabhi Ghan is a modern and stylish younger scion of the Raichand family. Pooja, his elder brother's sister-in-law, is his love interest. Pooja a.k.a Poo, an incurable fashion addict, is a hot and sexy girl full of attitude. Sanjeeda Sheikh from Tellywood can only be the perfect fit for Poo's character. She will definately make a great pair with Hrithik Roshan.

Kangna Ranaut, as Simran in Gangster, an alcoholic, heading towards doom, is Daya Shankar's girl friend. Daya is a notorious gangster. In Tellywood an actor who can perfectly get into the character of a gangster is none other then Shabbir Ahluwalia. Kangana and Shabbir would make a very good pair in terms of both looks and chemistry.

Aamir Khan, as Sanjay Singhania in Ghajini, is a rich business man; the owner of a mobile phone service provider company, falls in love with Kalpana. Kalpana, a model in television advertisements by profession, is a chatterbox but sweet, and fun loving girl. Anita Hassanandani is the only one from Tellywood who is just like Kalpana, though she might not be a chatter box but she looks sweet while talking.

Those were our Bollywood and Indian Television couples along with their respective movies.  Who knows, maybe in the future we will actually get to see some of these pairs on-screen! More over, which pair would you like to see in a daily soap/movie together? 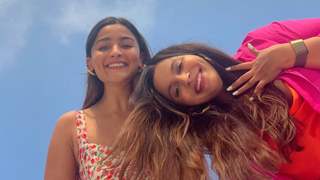 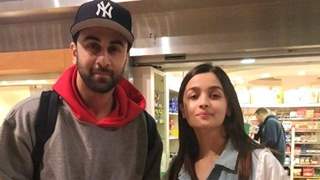 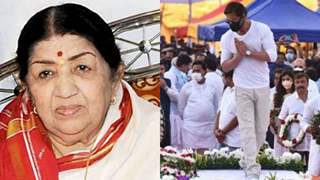