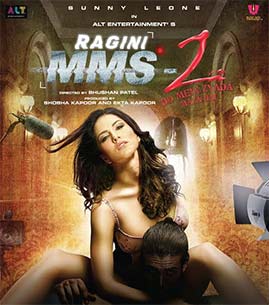 Actress Sunny Leone enjoyed shooting action sequences for the climax of her forthcoming film "Ragini MMS 2", and says she feels getting bruised during the shoot was "worth it".

"I love action and it was definitely not easy. Towards the end I shot some action scenes. I worked the hardest for those scenes," Sunny told IANS.

"It was physically very demanding with bruises and scratches all over the body, but it was worth it," she added.

"I believe in a role and whatever is required in it that's what I need to do. If the role requires it, then I will do it," she added.