View Profile
Bromance a 21st century discovery? Nah! seems this culture was alive back in the late 60's and 70's era as well. You don't believe us; check out this lovely picture of three legendary actors who are completely enjoying their boy time. 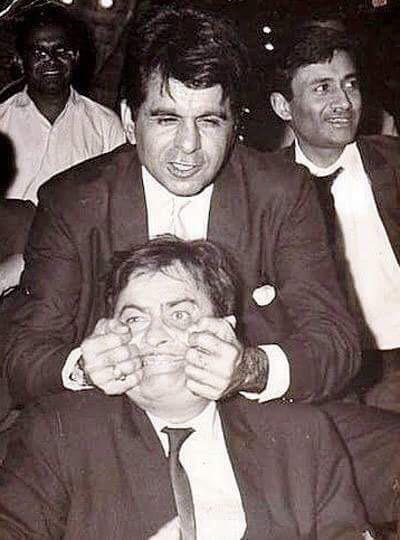 Apart from being versatile actors who were very serious with their work they as well enjoyed their time playing pranks with each other. In the pic we can see Dilip Kumar pulling Raj Kapoor's cheeks while Dev Anand who is sitting beside is completely enjoying their crazy act. From this image it is quiet evident that bromance very well had its roots among the early cinema superstars.
However; in today's era we have our two big stars; Ranveer Singh and Arjun Kapoor who have glorified this trend and are frequently seen enjoying this activity.
This morning we had our hero Varun Dhawan who took to twitter to share this picture sent to him by his father David Dhawan. The caption read as: My dad just sent me this. The biggest stars of indian cinema.they had a good time #dilipkumar #devsaab #rajkspoor.
There is a saying: what goes around; comes back around. The trends that were followed back in the early cinema are however making their way back in to the new age cinema and this is one such example.
Priyanka Chauhan