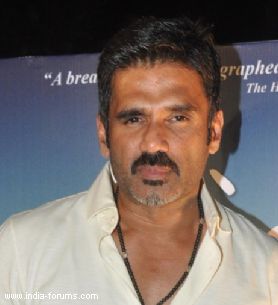 The public has loads of expectations from the new Indian government led by Narendra Modi. Actor Suniel Shetty hopes it boosts sports as a career option.

"Abhishek Bachchan is supporting kabaddi and then the tennis league will happen. The new government should also be concerned about sports. I believe if football, hockey and cricket...all the sports are given a boost, then it can create an alternate career option for children," the 52-year-old said here Friday at a promotional cricket match.

The match was held for his film "Desi Kattey".

"In education also, if a kid excels in sports, then he should be given some extra marks for that and the government should definitely do something about it," he added.

Suniel has been associated with promoting multiple games, including boxing and hockey.