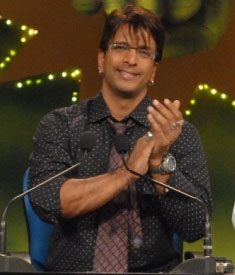 Its time to go international, this seems to be the maxim of the producers of the popular dance show Boogie Woogie on Sony.

Expressing these ideas is none other than the producer and the creative supervisor of the show Javed Jafri. Speaking exclusively to Telly Buzz, the veteran actor-producer says, “Since the show has become immensely popular on the domestic turf, we are planning to increase our reach by taking it to the international audiences as well.”

It must be recalled that Boogie Woogie continues to be the most popular show on Sony along with the crime series CID. Incidentally both the programmes have been running on the channel for years now and CID recently celebrated a decade of programming.

Commenting on the long innings of Boogie Woogie, Jafri adds, “The show continues to enthral the audiences and I guess the uniqueness of our concept and programming has made the marathon innings possible for the show.”

At the moment Jafri is excited about the recent release of his film Dhamaal, which is directed by Indra Kumar and also stars Arshad Warsi, Ritesh Deshmukh, Sanjay Dutt and Ashish Chowdhary.

+ 3
14 years ago Wow, and i remember the episode with all the girls from Europe too.... nice article, Boogie Woogie is a fab show and will go far! Thanks!

14 years ago thanks. it would be interesting to see an international version of boogie woogie.