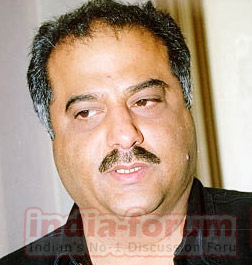 Boney Kapoor's production plans have a surprise element. He has included Satish Kaushik in his filmmaking bouquet, despite the director having split professionally from his brother Anil Kapoor.

Kaushik parted ways with Anil to join hands with Anupam Kher and create their own production house. And the alliance with Boney interestingly comes at a time when Anil has turned into an independent producer with 'Gandhi My Father'.

Says Boney: 'Yes, Satish is making a film for me. If you remember he started his career as a director with me in 'Prem' and then made the ultimate fiasco 'Roop Ki Rani Choron Ka Raja' for me. I have a very interesting concept in mind for Satish.' 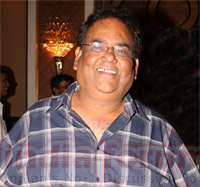 Boney has just returned after about a month abroad. 'I was in the US and then Russia, hunting for new locations for my new productions and also enlightening myself on various aspects of filmmaking.'

Back in Mumbai, he's ready to shoot 'Wanted Dead And Alive' with Salman Khan, Ayesha Takia and Aseem Merchant.

And he has many more plans in mind. 'I've also signed Anees Bazmi for the 'No Entry' sequel and Harman Baweja for a film to be made next year,' he says.