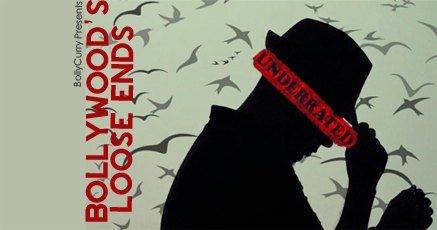 Randomly selected for a rapid fire with Bollywood and your question is, "who is your favourite Bollywood actor", what will you answer? Hands down your answer will either be Aamir Khan, Salman Khan, Shah Rukh Khan, Hrithik Roshan, or one of those highly celebrated actors. What about those actors in the supporting roles who gives jaw dropping performance on screen? Today's article focuses on those actors who are highly underrated in Bollywood. Despite having fantabulous skill in acting, they are side-lined and not provided with the right platforms to showcase it.
Emraan Hashmi 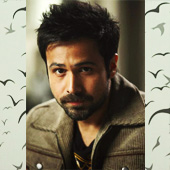 Is the "serial kisser" image already on your mind? Well then snap out, because Hashmi is much more than a serial kisser. During the initial phase of his career, Hashmi opted for such roles on the insistence of his uncle, Mahesh Bhatt. Overtime however, Hashmi has grown as an actor, and as a person. From sexually appealing movies such as Murder (2004) to content-driven stories like Raja Natwarlal (2014) and the romantic saga Humari Adhuri Kahaani (2015), Hashmi has proven that kissing is not his niche. Unfortunately, a vast majority of people have made up a permanent image of him as a "serial kisser" and for those reasons his talent does not receive the rightful appreciation he deserves. You still think Hashmi does not fit the bill? Watch the biopic Azhar (2016) and see for yourself.
Irrfan Khan 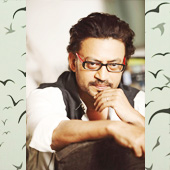 A legend of an actor, Khan is one of the most underrated and undesired actors in Bollywood. When he played comic roles such as the ones in Sunday (2008) and Krazzy 4 (2008), viewers thought he was not worth it without realising that during the same year he also did Slumdog Millionaire, which got him accolades on the international platform. Later, he took up stronger roles and content-driven movies. Khan received his first National Award for Paan Singh Tomar (2012), but that was not his ticket to jackpot. The struggle was real. Khan has been appreciated internationally more than he has ever been in India for his contributions to Bollywood. He has played prominent roles in movies including Life of Pi (2012), Jurassic World (2015), The Jungle Book (2016) and is to appear alongside Tom Hanks in his upcoming flick, Inferno (2016). You might not know, but Khan has played lead roles in two of 2016's most amazing Bollywood movies, Jazbaa and Talvar. Khan is a phenomenal actor and watching him onscreen makes me wonder why, just why Bollywood does not appreciate this legend?
Nawazuddin Siddiqui 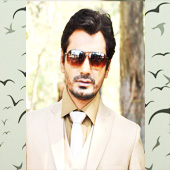 Siddiqui has come a long way and has seen the most bitter struggle before he became what he is today. Do you reckon the movie Sarfarosh (1999)? Siddiqui played the role of a petty criminal alongside Aamir Khan. You must have definitely watched Munnabhai M.B.B.S. (2003). Siddiqui played a pick-pocket who tried to rob Sanjay Dutt's father at the train station in the movie. Bet you didn't know that either! Siddiqui picked up pace from Peepli Live (2010), and 2012 proved successful with movies including Gangs of Waseypur, Paan Singh Tomar and Talaash. Unfortunately, all former movies were content based and not commercial 300 crore movies, hence Siddiqui was still a mediocre face in Bollywood. It was not until he played the villain in Salman Khan's Kick (2014), that he was recognised. Siddiqui became a household name with Badlapur and Bajrangi Bhaijaan, both 2015 blockbusters. He is busy shooting for Raees (2016) alongside Shah Rukh Khan and has shared the platform with Amitabh Bachchan in the upcoming release, Te3n (2016). Jurists, critics and leading dailies ought to keep such actors as a priority when their movie releases instead of keeping their focus on celebrated and "big" stars.
Jimmy Shergill 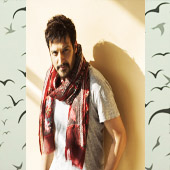 Being an established actor in the Punjabi film industry, Shergill entered Bollywood with a lot of hope. He made an intense debut with Maachis (1996) where he played a terrorist. Later, he won hearts with his romantic and cute performances in Mohabbatein (2000) and Mere Yaar Ki Shaadi Hai (2002). After these, Shergill only appeared in very short cameo roles in Bollywood movies. Ever wondered why? Because he was sought to be mediocre. His role as a cancer patient in Munnabhai M.B.B.S. (2003), a police officer in A Wednesday! (2008), a gangster in Bullet Raja(2013) and his most recent stints in the hit saga, Tanu Weds Manu (2011) and Tanu Weds Manu Returns (2015) were more than just mediocre. He received the Best Actor Award - no, not in India - but at a Bollywood Film Festival in Oslo (Norway) for his outstanding performance in Saheb Biwi Aur Gangster (2011) and its sequel Saheb, Biwi Aur Gangster Returns (2013). In a majority of his movies, Shergill might have screen space for a very short time, however his brilliant timing and deep acting makes me wonder why he is still stuck at getting supporting roles instead of leads.
R. Madhavan 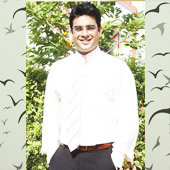 Madhavan Balaji Ranganathan began his career with a prime time television series in 1996 before he forayed into Tollywood in 2000. Owing to his highly successful career in the Tamil cinema, he found opportunities in Bollywood in the form of supporting roles in Rang De Basanti (2006), Guru (2007) and 3 Idiots (2009). Despite showcasing a strong acting skill in 3 Idiots, Madhavan has not managed to garner the attention of masses. He has done other movies in which he has acted phenomenally including Ramji Londonwaley (2005), Tanu Weds Manu (2011), Jodi Breakers (2012) and Tanu Weds Manu Returns (2015). Surprisingly, Kangana Ranaut received accolades for her performance in the former movies, whereas Madhavan was side - lined. Why is that? We're still looking for an answer to this bias system.
Bollywood has a very long list of actors who are brilliant onscreen but receive minimal to no appreciation at all for their amazing performance. We have Shefali Shah for her role in Dil Dhadakne Do (2015), Manoj Bajpayee (numerous movies including Zubeidaa (2001), Raajneeti (2010) and Special 26 (2013), to name a few), Anupam Kher, Abhay Deol and Farhan Akhtar, amongst others. It is about time that we move out of the bubble that only megastars are capable and worthy of receiving awards, and only commercial movies with big names can hit the 300+ crore club. Gradually, things need to change in Bollywood.
Tell us your thoughts in the comment section below and who else you think deserve recognition for their hard work.
Have a suggestion or comment for BollyCurry? Drop us a Private Message at BC_Dropbox Today!
Author: Sonia R.
Editors: Peehu A. and Mohini N.
Graphics: Harjot D.

suzane88 4 years ago in ndia and in Bollywood the many talented actors not evaluated and they would long ago have received an Oscar in Hollywood.Here, for example Varun Dhawan- he was hamming but for example Barun Sobti.an actor from God .Other need 1000 words to play but his bottomless eyes speak instead of words..This is such a talent..and such roles like Arnav Sing Rayzada not everyone can playing Barun played a role that was excellently .and true actor should play so that people could never forget him and his role Varun not good actor but he is given a chance to play Barun Sobti need a good script and good director ,producer..who does not notice of such actor like Barun it or stupid or jealous, or just decided by money and star parents. need to change all..boring to hear the big names...Help the young to express themselves..the new generation does not want to see the old

+ 3
4 years ago Totally agree. Emraan Hashmi is a very good actor! I like Madhavan too!!

+ 4
4 years ago I do agree with the article. I think Emraan, Irfan & Nawazuddin deserve better. They r really good but very much underrated.