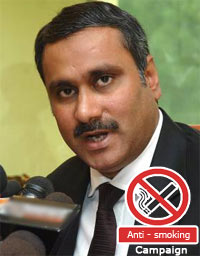 Featured Video
below 15 years. Large-scale use of tobacco, alcohol and drug are the most serious health-related issues plaguing the country today. We need to control it and for that harsh measures are the need of the hour,' he said.

'Even Shah Rukh Khan is welcomed to be part of the anti-smoking awareness campaign, provided he quits smoking,' he told reporters on the sidelines of a function.

The campaign is expected to start from Oct 2.

The health minister and the Bollywood superstar had a spat over the former's comments on the smoking scenes in films encouraging youth to take to the habit. Several film stars had attacked Ramadoss saying he was trying to curb creative freedom.

'Awareness of hazards of smoking is a must to help smokers quit the habit. In order to make the campaign successful, we will invite prominent film stars from Bollywood and regional film industry to be part of the advertisements depicting the harmful effect of smoking,' he said.

On steps to control the spread of HIV/AIDS in the country, Ramadoss reiterated that the provisions of the Indian Penal Code (IPC) classifying sex between two men as a criminal offence should be removed.

'Almost 86 percent of HIV/AIDS cases in the country are due to unsafe practice of sex. India has 2.45 million MSM (men who have sex with men). And 10 percent of them are highly vulnerable to HIV/AIDS. Criminalising them causes a big hindrance in our campaign against HIV/AIDS as they are scared to openly declare their status,' he added. 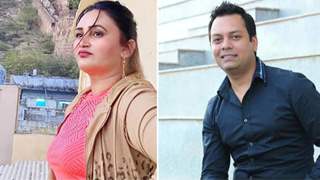 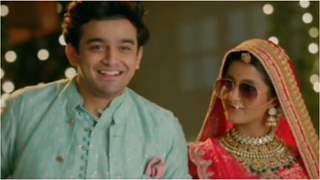 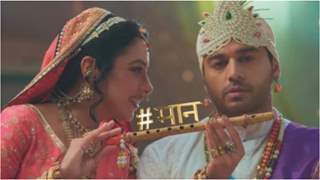