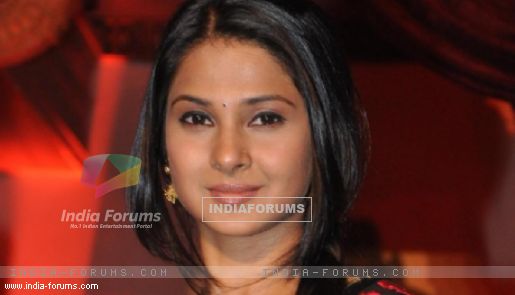 Like many of her peers from television, Jennifer Winget is ready to move to the big screen. However, unlike Sushant Singh Rajput, Ayushmann Khurrana or Manish Paul, she didn't have to wait long for the transition.

"It happened so suddenly," she said in disbelief about getting a role in "Phir Se", to be directed by Kunal Kohli, who's also making his acting debut with the movie.

"I don't know why Kunal Kohli thought of me for 'Phir Se'. But he did. I got the role without any effort. I just got a call and in the second meeting he asked me to do a scene. That was it," she added.

Jennifer has been doing television for many years now -- and her latest serial has been "Saraswatichandra".

"I've virtually grown up in the television industry. I love the medium, and to say I'm moving on, would be wrong. Basically, I love to act. The medium is not important. It's a feature film now. It might again be a serial after that," she said.

Jennifer looks back on the experience of doing "Saraswatichandra" with much pleasure.

"There were two different phases in the life of 'Saraswatichandra'. The first phase was when Sanjay Leela Bhansali was the producer. He is a dream director and a master creator. To have him on board was a dream come true for me. When the producer changed, we moved on to another phase. I had no complaints. I enjoyed both the phases equally," she said.

Now she's all geared up for the movie experience.

"Do you know that I did a couple films as a child? But 'Phir Se' is my first film as a leading lady. It's such a cute film with a terrific role for me. I couldn't have hoped for anything better."

What Jennifer likes the best is that she gets to play her own age.

"Neither Kunal nor I have to pretend to be younger or older. So that immediately puts us in a comfortable zone. We need that kind of confidence because we are both making our debut. It's scary and at the same time exciting," she said.

"Phir Se" would be shot in London and Jennifer is looking forward to that.

"I've this karmic connection with London. I was in London to shoot 'Saraswatichandra' last year. Now I'm going to be there to shoot 'Phir Se'. It's going to be really cold in December in London. But the unit is so lovely. I am going to be surrounded by warmth," said the actress, who is married to Karan Singh Grover.

How do the husband and wife manage to find time for one another?

"I know the hours on television are unearthly. But we manage. In a way, it's good that we are both part of the entertainment industry. We understand each other's schedules. Now that I'm doing a film, I'll have to deal with a little less madness in my working hours," Jennifer said.