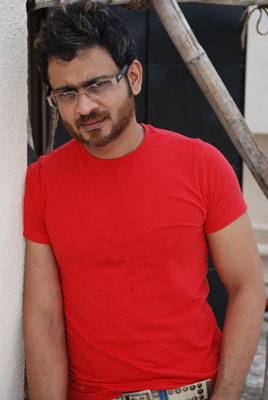 Bobby Bhonsle a writer as well as actor is all ready to start a sequel to Kya Haadsa Kya Haquekat titled "Koi Jaane Na" which is slated to go on air on Sony in mid December.
Bobby who has penned stories for shows likeKasamh Se, Kayamath, Tumhari Disha, Yeh Meri Life Hai, Kahiin Toh Hoga , Kaisa Yeh Pyar Hai, Kkavyanjali, Kahin Kisi Roz, Kutumb and Kabhi Souten Kabhi Saheli, is now seen playing a business tycoon in Kasamh Se.He is also seen in a comic role as Machaan in Karam Apnaa Apnaa.
Talking about his new show, Bobby says, "Koi Jaane Na is more trendier, as it is a generation next series where people would identify that there are some things beyond facts of reality which can influence life in a negative way ". The show would have different stories comprising of 7-8 episodes each. "Actresses Anita and Prachi Desai are likely to be a part of the episodes", confirms Bobby.
The actor cum script writer loves both his professions and enjoys the dual role thoroughly. "Can you separate night and day? When the world was created, there was Adam and Eve.In the same way, the writer in me which is the man, tries to impress the girl in me, where I am the actor.", says Bobby with a hearty laugh.
Sharing his experience working with Balaji as a script writer as well as an actor, Bobby signs off saying, , "It is a fantastic experience working with Balaji and I am a Balaji loyalist and Ekta Kapoor is a genius".
Reporter: Hiral Anju Bhatt
Author: Hiral Anju Bhatt
Featured Video

14 years ago Out of all these my most number one story is Kutumb. it's totally away from all this Saas Bahoo drams.

+ 2
14 years ago oh wow this is a shocker...i always thought ekta's show writer is a female...i mean considering every story is lifted from Mills and Boon....its hard to believe even guys read Mills and Boon these days..and that too for inspiration...kya zamana aa gaya hain..lolz

i agree with his last comment..ekta is a genius...i mean everybody laugh at her shows..but she's still laughing all the way to the bank..pure genius!!

+ 3
14 years ago does the generation next really believe in this stuff?

14 years ago If he's written for such great stories in the past, than this definitely will be great. Sound like an interesting and new concept, can't wait to check it out!

+ 8
14 years ago This is great!! I hope this show has Rajeev just like Kya Hadsa Kya Haqeeqat did