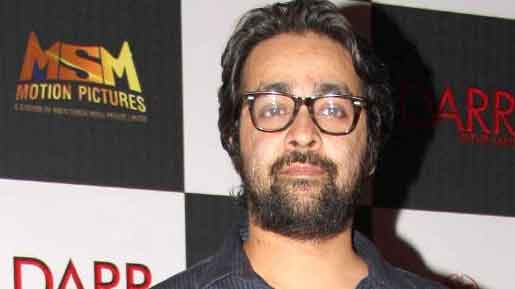 The 1998 blackbuck poaching case involving a few Bollywood stars, including Salman Khan, is not the premise of new supernatural thriller "Blue Blood", says Pawan Kripalani, who is set to direct the movie.

"The movie is not about the poaching case. In no way do I mention the 1998 case or any actors involved (in the case) in my film. It's a general and larger take on the fact that poaching is illegal," Kripalani told IANS over phone from Mumbai.

Salman along with some other actors was accused of hunting the protected blackbuck in Rajasthan while they were there to shoot the film "Hum Saath-Saath Hain" (1999).

The case was reported in September 27, 1998, in Kankani village near Jodhpur.

"Blue Blood", produced by Sunil Bohra and Ravindra Singh, is also set in Rajasthan, and is based on a big fat royal family.

"It is coincidentally set in the same environment. It's not about the blackbuck case and not specific about a matter. The idea was to try to do a film on the poaching issue, which has been going on for years," reiterated Kripalani, who wished to work on a topical subject.

The film, which is likely to go on the floors early 2015, is neither a "documentary" nor a "dramatic piece". But it has taken a good amount of research on blackbucks, Rajasthan, the local Bishnoi community which worships blackbucks, and their beliefs.

The supernatural element in the film will be added by a "role reversal", said the director of "Ragini MMS" fame.

"It's about hunters getting haunted. We will touch upon a role reversal of sorts where the apex predator -- man -- realises that he's not on top of the food chain, and that there's a demon on top of him too," he said.

The cast of the film is yet to be locked, but it should be done soon in time to begin the project.

Kripalani is happy to be working with producers who are giving him the freedom and space to make the movie his way.