Mumbai, Nov 10 (IANS) 'Chaotic' is how producer Bunty Walia describes the situation at Kashmir after Bipasha Basu's abrupt departure, just hours before Sanjay Dutt landed in Srinagar to start shooting with her for 'Lamhaa'.

'We can't understand what happened, and why she left suddenly when Friday onwards things were going smoothly. I also can't understand how she managed to get back to the hotel from the location in Anantnag, pack all her luggage and leave in 15 minutes. But we're sure she had her reasons. And we're fully convinced she'll join us in Manali where we're now going to shoot the action scenes,' Walia told IANS.


On Wednesday, a mob surrounded the unit filming a scene with 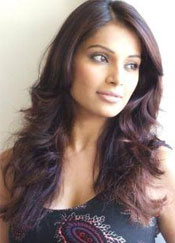 Featured Video
Bipasha, who plays the role of a Kashmiri girl. They wanted the film's shooting to be stopped. Though the situation improved Friday, Bipasha left Saturday. The cast and crew of 'Lamhaa' seemed crushed by her departure.


'They don't know what hit them. The morale in our unit is pretty low. Sanjay Dutt, who landed here to start work immediately, is suddenly at a loose end. He's taking an impromptu holiday right now,' Wallia said.


The film is being directed by Rahul Dholakia and the unit now plans to move to Manali from Srinagar where the topography is similar.


'We're going to shoot only the action scenes there,' said Dholakia. 'We don't know what happened with Bipasha because she has told us nothing. She seemed fine in the morning. Suddenly we heard she had left. I suppose a film on the making of 'Lamhaa' would be as interesting as the film itself, though we've no footage of Bipasha leaving Srinagar.'


The unit plans to return to Srinagar Jan 4-11 to shoot vital scenes after the main shooting happens on a set in Film City in Mumbai.


'I'm sure Bipasha would return to Srinagar in January and complete the unfinished work,' Walia said.


Meanwhile Sanjay left for Delhi and will be proceeding to shoot in Manali Nov 12.