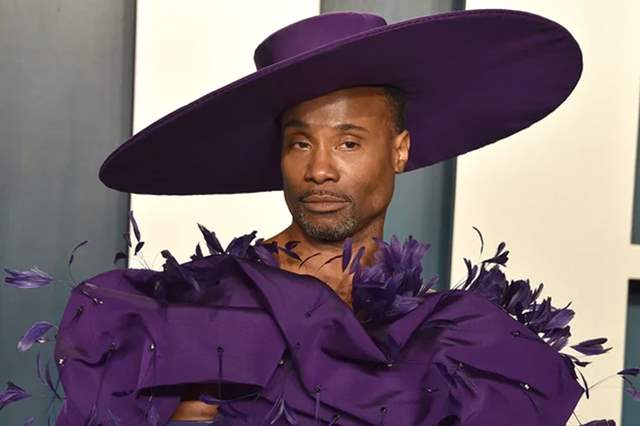 Conversations surrounding racism, inclusion, LGBTQ awareness, and several things continue to be the topic of conversation every time. Billy Porter, now one of the most popular actors mentioned how any push for total unity is incomplete if transgender people are left out of the conversation.

"We can do it together, but we can't do it until we embrace and love each other through our differences, because of our differences," the Pose star said on Jimmy Kimmel Live!

On Thursday's episode, guest hosted by Billy Eichner, Porter brought attention to the homophobic and transphobic parts of the Black community. In June, the Emmy winner posted an Instagram video in which he called out the Black community for its "appalling" lack of support for its LGBTQ members, following the deaths of transgender women including Monika Diamond and Dominique Remy Fells, who were killed in March and June, respectively.

Porter said that Black cisgender men killing Black trans women is at an all-time high, citing homophobia and transphobia for these crimes. He continued the interview saying he had worked his whole life to gain enough of a platform to "be in a position where I could speak from authority" on issues concerning the LGBTQ community.

While the number of transgender deaths lately may seem bleak, Porter highlighted how the perceptions towards LGBTQ members of the Black community have shifted. He said he's happy to hear how close friends would be accepting of their sons if they were to come out as gay, which is a much different environment than Porter experienced growing up.

"My experience in the '80s was my cousin saying that if I ever turned gay, he would kill me," the actor shared. "So yeah, sometimes my trauma shows."

Eichner thanked Porter for using his platform to speak about issues concerning the LGBTQ community, including members who are not only queer but also those who are Black and people of color. Porter responded that equality requires love and acceptance.

Mohit Kumar: Surviving in Mumbai without work is tough; it's ...
40 minutes ago