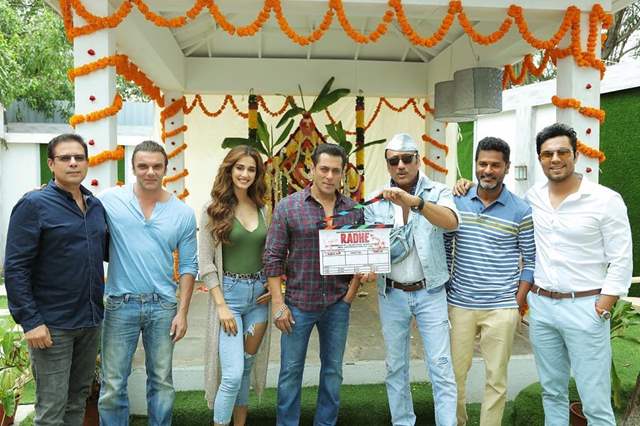 Radhe: Your Most Wanted Bhai has been one of the most anticipated movies of the recent times. Ever since it was revealed that the movie will release this year people haven't be able to hold their excitement. As the day of release comes closer the movie team begins promotion as they head to Bigg Boss's house.

SKF films who are one of the production teams behind the movie took to instagram to share the news. The movie features Salman Khan in the titular role and he is joined by Disha Patani and Randeep Hooda.

Jackie Shroff plays a quirky cops role in the movie and Disha Patani plays the role of her younger sister. Salman Khan is set to take the police Avatar once again as he plays Jackie's subordinate. Salman also revisits his favourite character Radhe that he has played before in the hit film 'Wanted'

The movie has also been resonating well with fans and theatre owners as the film as come to the latter's rescue with the decision of releasing the movie in theatres to reprive their business. Fans also will have been waiting for too long to get back to theatres and watch their favourite stars on big screen.

The film is produced by Salman Khan, Sohail Khan and Atul Agnihotri. The movie comes to theatre this Eid. The movie boasts the likes of Salman Khan, Zarina Wahab, Jackie Shroff, Disha Patani and Randeep Hooda.