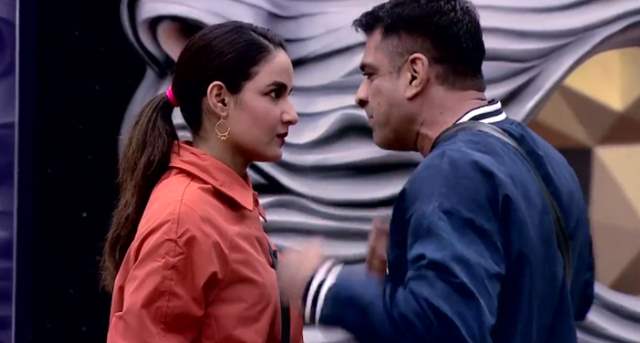 Bigg Boss 14 has witnessed multiple clashes inside the house, and while some of them have taken various turns, one that has been a constant conversation is the equation between Jasmin Bhasin and Eijaz Khan. The two have gone at loggerheads on multiple occasions but this time around, things seem to have gotten rather ugly.

In the latest promo that has been doing the rounds, we see Jasmin and Eijaz fighting with each other and screaming at the top of their voices. While Eijaz is heard saying that he does not need any sorry, Jasmin goes on to say how he doesn't need to be a hero, and thereafter, the fight only seems to worsen.

In fact, we also see Rahul Vaidya trying to stop them, however, his efforts go in vain as neither of them is ready to listen. Check out the promo here:

Meanwhile, the finale is supposed to happen soon, and the recent evictions have come across as quite a shock for everyone. Aly Goni made his exit from the show recently while Kavita Kaushik decided to walk out. After Eijaz Khan, Abhinav Shukla secured a spot in the top 4, and if the finale is for real, then 2 out of the remaining contestants will make it to the cut.