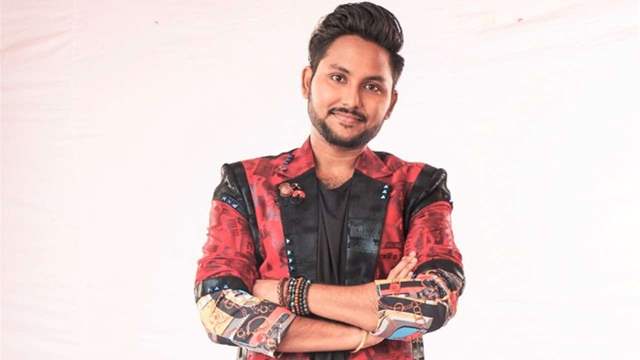 Jaan Sanu got eliminated from the Bigg Boss 14 house this weekend and while it sure did have many upset, the singer has had a fair run and is also more than ready to enter the house once again if given a chance to. While he had a slow start, he picked up eventually and ensured to stand for himself when needed, and he stands by everything that he said and did inside the house.

He recently got talking about his equation with Nikki Tamboli, conversations inside the house, and much more. Read excerpts from the interview here.

You and Nikki have had quite the run, tell us what according to you has been the true equation.

Whatever you saw was one-sided because we had a lot of fights and I used to say things she didn't like and vice versa, but whatever I've seen so far that's what I feel. Whoever said whatever to me, I used to say things back, not just to Nikki, but others too. Maybe the makers showed what the audiences are liking, but a lot of times things have happened that we fought in the morning but are back together at night. However, the thing is the viewers only see 60 minutes but they don't know what we do throughout the day, the conversations we have, and because of that, I've had to hear a lot of things. When you're staying with a few people in confined spaces, how long can you ignore someone, you need people, for the game, or otherwise. I'm not someone who keeps things to myself or be negative, and I like moving on and be positive, so I tend to forget things for my sake.

You and Nishant Malkhani also had your own bond, but things didn't end very well. What do you have to say about it?

Whatever happened with him, I felt really bad about it because I still consider him a very good friend. What I did not like at all is how easily he gave up the captaincy task, fully knowing that he could've been one of the contestants to save me, but what I felt bad about was that he offered Rahul the same things that he offered me, and I just did not expect that, so all these things hurt me. I always stood by him, and I felt hurt when these things came out.

If you were to give your side to the entire nepotism debate, how would you explain it?

What Rahul said was very stupid because I don't have the words to explain, it was baseless and I think the explanation that Salman sir gave was proper and even I cannot explain better. If I was a nepo kid, even I would've had film songs, and I would have been famous. I haven't been supported by my father in any aspect or capacity, all credits go to my mother because she has raised us single-handedly.

Check more form Jaan Sanu in the video below:

What do you have to say about Pavitra and Eijaz's equation?

In Bigg Boss, you live a very sped up life and everything happens in a jiffy, like the click of a finger. When Pavitra liked him first, Eijaz eventually fell for her too later and I think right now they are in the same zone and they are definitely strong in the game together, I hope they can maintain this and I really see them in the finals, I want either of them to win.

Who will you continue being friends with? What will you miss the most?

I think Eijaz and Pavitra. I am definitely going to miss Bigg Boss' voice because that's something totally different and I will also miss interacting with Salman sir. I would love to go back in the house and my gameplay will be totally different.

Who do you think is going to be the next elimination?

I think Kavita, I hope Bigg Boss changes the game (since she is the captain) and the other name would be Abhinav, I don't like him, I think he is really boring.

br200910 1 months ago Nishant malkani Love u...proud of you so happy for your new project you rocks as army officer lots of love..

BiloxiBlues 2 months ago Jaan deserved to be eliminated within the first two weeks. BB, sorry Salman's interference ensured he stayed until his equations to save multiple people failed and he had to let go Jaan.