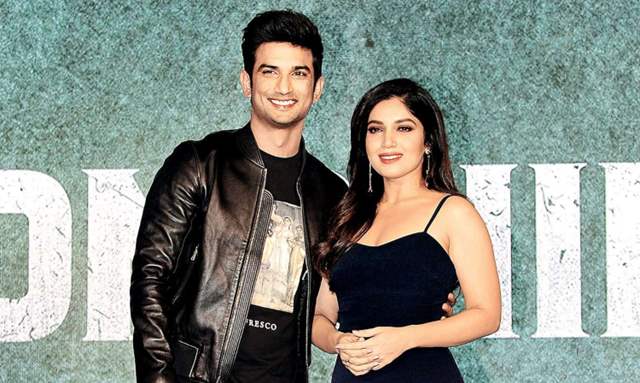 Sushant Sigh Rajput’s untimely death has taken the entire film industry by a storm and celebrities are mourning the loss of a talented actor. The actor reportedly took his own life by hanging himself from the ceiling fan of his residence in Bandra, Mumbai.

Many celebrities have poured in their tributes for the 34-year-old actor through their social media handles. Bhumi Pednekar, who worked with Sushant Singh Rajput in Sonchiriya last year, is deeply shocked with the sudden demise of her co-star.

Now, Sushant’s co-star and dear friend Bhumi has planned on paying a special tribute in the memory of the late actor. She pledged her support to 550 impoverished families who have suffered a great deal due to the on-going pandemic.

The Sonchiriya actress took to her Instagram handle and pledged her support by sharing a picture.

In a mark of tribute for the late young actor, Bhumi is joining hands with director Abhishek Kapoor’s wife Pragya‘s Ek Saath the Earth Foundation to feed 550 impoverished families. Bhumi confirms saying, “I pledge to feed 550 impoverished families through the Ek Saath Foundation in the memory of my dear friend. Let us show compassion and love towards everyone that is in need, now more than ever.”

Earlier, she took to Instagram and called Sushant a ‘supernova’ as she penned an emotional note remembering the times she had spent with Sushant during their shoot in the Chambal Valley.

Abhishek Bachchan Tests Negative for Coronavirus After ...
11 minutes ago