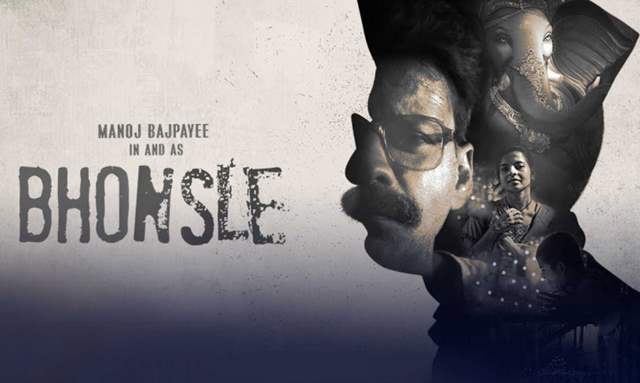 Directed by Devashish Makhija, Bhonsle narrates the story of a retired police havaldar who is floundering through his old days. Apart from its central character, the film renders a deep, satirical exposure towards the long-discussed issue of ‘Migration’ and ‘Casteism’ in Mumbai that exists even today.

Since inception, humans are known to be migratory species who move around based on their needs and several other factors including environmental stress, and being able to provide ourselves with the basic necessities. Mumbai has always been a centre spot for all the migrants, majorly due to the better availability of job opportunities. Cramped space, crowded streets, physical dangers and the small-mindedness of our neighbors, humans are the one who have posed a threat to themselves. However, Casteism has always been a catalyst of our annihilation.

The film questions the aftermath of migration and narrates the ignorance of the human mind by demonstrating the dynamics of politically instigated hatred amongst each other. By extension, the director wants us to perceive the film’s main character - Ganpat Bhonsle as a saviour and godly entity who is starkly juxtaposed as Lord Ganesh. 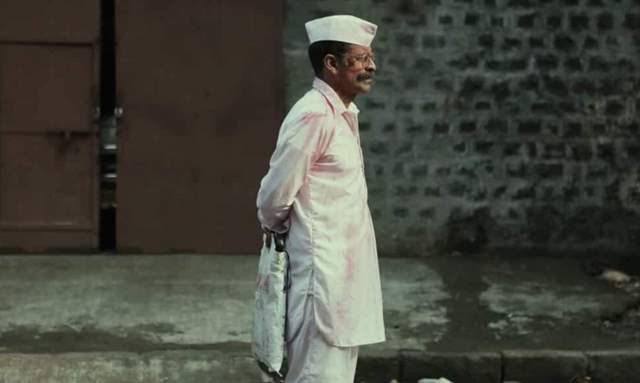 Naturally, Bhonsle can be easily defined by merely few words, but his silent demeanor holds a certain depth which speaks volumes about his struggles and beliefs. He holds an authority and respect amongst the characters around him. Aesthetically, throughout the film manoj is seen wearing a simple white kurta and pyjama decked with a gandhi topi but there's a lot to it than just a few rags of clothes. However, if you observe we hardly see him wearing the uniform.

While Bhonsle tries to find duty extension for himself, he is entangled by the social conflicts which get the best of him. The strategically planned film holds a unique transition of darkness and one would hardly find any cherished memories that have kept the main character alive. Bhonsle locks horns with Vilas which is performed by Santosh Juvekar.

Calling Vilas a villain would be out of bounds and clearly a mistake as the film adamantly portrays the narrow minded attitude of the humans and the prejudices they hold against each other as an antagonist.

The character Vilas would constantly remind you of a parasite or a scavenger who preys on people by suppressing them. In other words he can be merely defined as a pawn. From babbling words like ‘Marathi Manus cha Abhiman’ and much more, he is yet another victim of an agenda set by the political leaders. 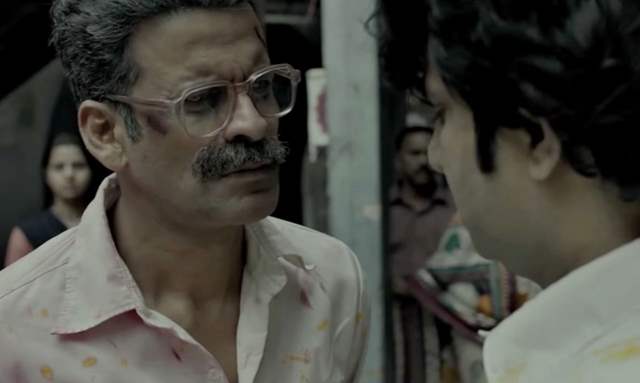 Honestly, the film is extremely slow paced, but it does not mean it is boring or bad. In fact there’s too much action which has been incorporated. This 118-minute film is rather an eye-opener for everyone as it discusses issues of casteism in Mumbai in the 21st century. What sets this film apart from the rest is its ‘surrealism’.

In a career span of more than two decades, Manoj has mastered the art of picking up cinema/script which suits his body language that would definitely convenience the audience. Irrespective of the difficulty, he has honed his skills which help him get into the characters shoes. Right from his aesthetic value to portraying the character's inner conflict, Bajpayee simply slides himself effortlessly.

The film also stars Abhishek Banerjee as Rajendra who plays a crucial role in the film. Comparatively, he is a supporting character but at times they tend to make a huge impact. If the makers hadn’t pulled him at the right moment, the film would have instantly contoured into a gangster film.

Meanwhile, Ipshita Chakraborty Singh is seen performing the character of Sita. Although she hardly received any screen time considering her role, it would have been interesting to watch her character change Bhonsle’s life. But not at the cost of the film’s balance.

The film definitely holds its flaws but it also raises a few questions which seems to hold no answers. A few scenes invoke an imbalance in the film and ruins the chemistry with the audience forcing you to skip. But, sitting through those flaws is completely worth it.

In conclusion, the film is a commendable piece of art and it rightfully portrays the message. However, if you genuinely don’t like art films or you just can’t bear slow paced cinema, this is definitely not your cup of tea. But, for a change you could definitely try to make an exception for a unique film.

Abhishek Banerjee opens up about his Bromance with Aparshakti Khurana ...