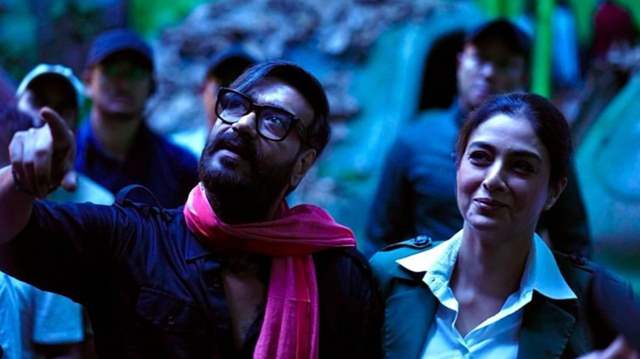 Tabu is one of the most talented actresses in the movie business. She has established her acting prowess with a number of hits and has consistently appeared in blockbuster films like Haider, Drishyam, and others.

Her most recent appearance was in the popular film Bhool Bhulaiyaa 2, which also starred Kiara Advani and Kartik Aaryan. As a surprise to her admirers, Tabu will portray a police officer in Ajay Devgn's upcoming film Bholaa. She recently wrapped the movie and announced the news on social media.

In Ajay Devgn's action spectacular Bholaa, Tabu portrays a courageous, senior police officer. In this movie, Tabu will be seen undertaking a number of thrilling stunts alongside Ajay Devgn, who is portraying the titular role of Bholaa.

An ex-convict who decided to meet his daughter for the first time after being released from prison ended up getting caught up in a shootout between the police and the drug traffickers in the original movie. Karthi was one of the main actors, along with Narain, Arjun Das, Harish Uthaman, George Maryan, and Dheena. The Hindi version of this movie will be co-produced by Dream Warrior Pictures and Kaithi's creators.

It should be noted that Bholaa is Ajay's fourth film as a filmmaker; his most well-liked film to date is Runway 34.  Bhola is slated for a March 30th, 2023 release. Ajay Devgn has a slew of films in the pipeline. He will be seen in Thank God, Maidaan, Drishyam 2, and Singham 3.