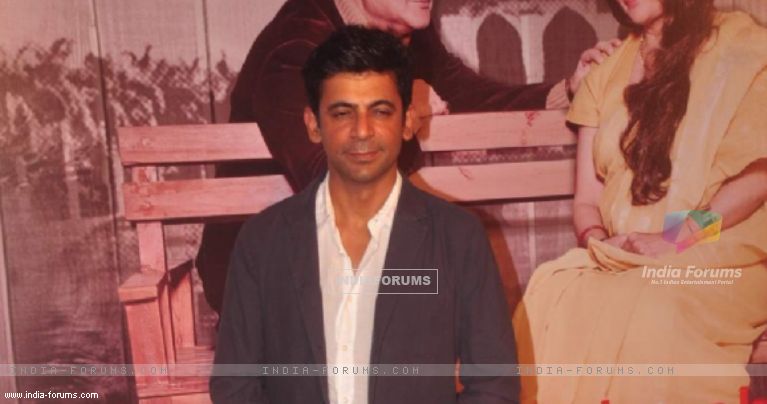 He has been tickling the audiences' funny bone with his act as Gutthi in Comedy Nights with Kapil, but actor Sunil Grover says fiction dramas are not his cup of tea, and that he wouldn't opt for them even if he has no money to pay his EMIs some day.

Sunil said: "I have not been doing much on small screen apart from 'Comedy Nights With Kapil'. Somehow, I don't like the idea of fiction (soaps) on TV. I have not done fiction apart from funny shows.

"I have not done fiction (soaps), and here in India, the kind of routine, the number of days you have to shoot... it's tedious. I am fortunate to be part of a comedy gang and I get to do things in a non-fictional way."

He says that if he does something more on TV, it has to be non-fiction.

"I cannot manage fiction with the story line and the schedules. Even if I am short of EMIs, I will not do fiction on TV. I might as well open a shop," he added.

Now Sunil is gearing up for the release of his Bollywood film "Gabbar Is Back", which is a serious film.

Asked if it was a conscious effort to do something apart from comedy, he said: "You don't do any conscious efforts at all ... whatever comes your way and excites you, you do it. It just happened. They narrated me the role and I liked it. I thought it would be fun playing a man on screen."

In fact, Sunil says he is yearning to do comedy on the big screen.

While many TV actors prefer to join films for fame and better pay, Sunil says that as of now, films are paying him lesser than TV.

"I don't think TV is a small medium... Eventually, film actors come back to TV later," he said.

+ 3
6 years ago Actors should have respect for other actors who actually spend hours to get these shows out. Everyone has to do some work in life.. EMI or on EMI. People who remain in this Industry for years must be there in spite of making good money ... so no work is bad .. it is choice of people. And he should not be too sure of his future.