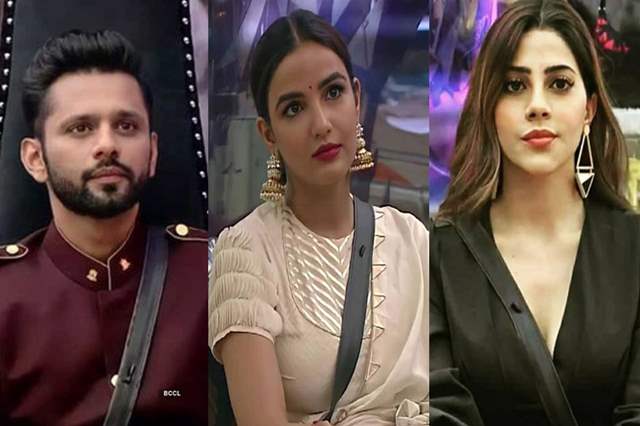 Bigg Boss 14 has managed to bring in some major fireworks in the past couple of episodes, especially owing to the on-going panchayat task. Another staple of Bigg Boss history, the task has lived up to provide entertainment and drama. The highlight so far continues to be the crumbling friendship between Jasmin Bhasin and Rubina Dilaik but there has also quite been a negative reaction to the way Bhasin and Aly Goni have been conducting things lately.

Only a while ago, we reported how Team Jasmin Bhasin will go on to win the Panchayat Task after winning three areas over two (Team Dilaik).

While that has happened and we know how that Bigg Boss is all about twists, Team Bhasin will have a major decision to make. Bigg Boss will tell the winning team to be coming up with a captain from themselves by 'aapsi sehmati'. Yes! And now, given that Goni is already nominated for an extra week, so he isn't eligible for the same. So now the choices will have to be made from the likes of Rahul Vaidya, Nikki Tamboli and Bhasin herself.

Given Bhasin has already been the captain once earlier, we wonder if she will allow Vaidya and Tamboli to have a chance or it will be equal playing ground for them.

Latest reports also suggest that there might be no captain this week a Vaidya and Tamboli will get into an argument on the same and there will be no 'aapsi sehmati.'