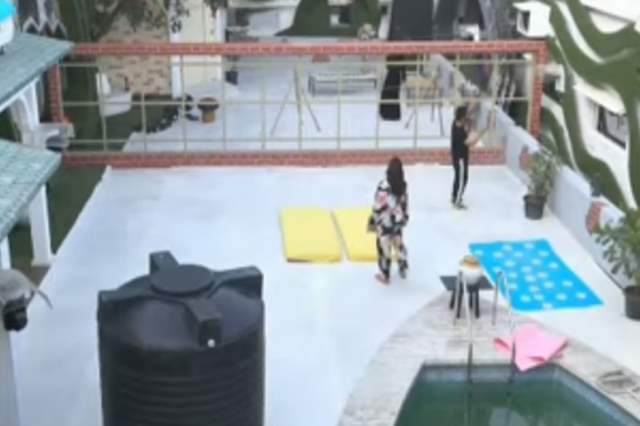 Bigg Boss 14 was all about a sob fest in the past couple of episodes ever since it was confirmed that Jasmin Bhasin was eliminated from the house and post when it was telecast.

Bhasin's elimination was absolutely shocking and had everyone crying including host Salman Khan.

Nevertheless, everyone is back to business now and while Rakhi Sawant is the captain right now, a new captain will be elected soon with a captaincy task coming in. A captaincy task is introduced in the form of Mere Saamne Wale Chajje Pe and the house will be divided into two teams - Abhinav Shukla and Rakhi Sawant's.

Shukla's team consists of Nikki Tamboli, Vikas Gupta and Rubina Dilaik while Sawant's family consists of Eijaz Khan, Sonali Phogat and Rahul Vaidya. These two teams will be acting as neighbors. The task will have three rounds and in every round, Shukla will have to go to the terrace for some work and Sawant's job is to click a good photo of him.

While in the first round, Shukla will go to dry his clothes, then he will exercise in the second round while in the last round, he will be with Dilaik. Amidst all this, Dilaik will have to click a perfect photo of him in all three rounds.

The twist in this game however will be that Shukla's team will have to build a wall and the opposite team will have to ensure they don't make it. And if, by any chance, Shukla's team manages to build the wall, they will automatically become the next contenders to be the new captain and on the same note, if Sawant's team manages to click the perfect picture, they will win automatically.

We wonder which team will have the upper hand and win.

BB 14: Abhinav & Aly push each other getting violent; Rakhi bathes at ...