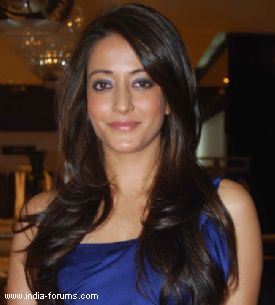 Actress Raima Sen will be seen playing a victim in "Children Of War", based on the violent birth of Bangladesh, and, after familiarising herself with the tragedies experienced by its people then, says she feels strongly for them and hopes they are treated as equals now.

The "Godmother" star plays a journalist's wife who suffers during the atrocities during the genocide of 1971.

"I portray women empowerment strongly in my character and this is by far the strongest and most unconventional role I have ever done on screen," Raima told IANS via email interaction.

She says since she is a professional, the role hasn't impacted her personally, but she does feel strongly for Bangladeshis.

"...After knowing the history of the genocide, I do feel strongly for the people of Bangladesh and I am more compassionate towards them. I am hoping people feel exactly what we felt after shooting for 'Children Of War'," she said.

"Be compassionate ... towards the Bangladeshis as they have been emotionally and physically tormented and they deserve peace and harmony and well-being. We should treat them like equals and should not look down upon them," she added.

To bring justice to a character, she believes a director's vision is essential and she said director Mritunjay Devvrat helped to prepare for the role in the movie, which also features Indraneil Sengupta, Pavan Malhotra and Victor Banerjee.

"I guess to be prepared for a role, the director's vision is very important and Mrityunjay is a visionary. He had prepared us really well for the roles. I didn't need to do much research on the genocide as Mrityunjay was a thorough genius on the subject," said Raima, who has acted in Bengali films like "Chokher Bali" and "Shabdo" too.

The "director's actor", who sees how well she can incorporate herself in a role before selecting films, also said that the director's vision "just gives the cutting edge to the role with more clarity".

Raima is of the opinion that actors should put themselves in other people's shoes as much as possible.

"I would love to do all kinds of movies as I want to be more versatile in my roles. I want my fans to see each aspect of me and appreciate my performances. I guess as an actor, it is good to be a chameleon," she said.

Even if it means playing a glam doll, she is fine with it.

"I would like to. It is always fun to be more glamorous and chic," said the actress, who is mostly clad in saris on-screen.

Her on-screen style might be more on the traditional side, but the daughter of actress Moon Moon Sen's personal liking is the party staple - a little black dress.

"Like everyone, I clad to my comfort and fashion. Everyone has a style statement of their own. The little black dress I have is my favourite," said Raima, who will be also seen in a Bengali film titled "Kolkata Calling" with her sister Riya and their mother.