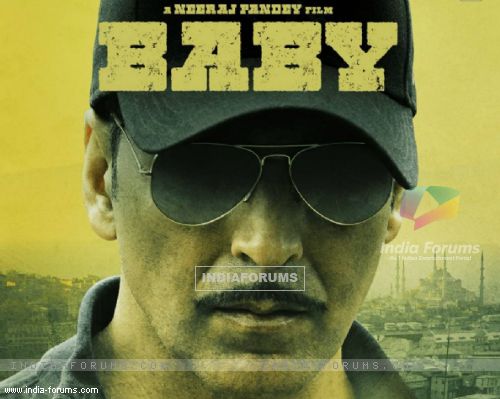 If one wants to know the real meaning of selflessness, then he should definitely meet someone who serves our country in the defense forces or even the police. When someone is ready to put their own life in danger for millions of people, it is selflessness personified. Neeraj Pandey's BABY is yet another attempt to show the people of our country, what these men do out there in severe conditions, forgetting their loved ones. It was nerve wrecking to know that there are operations that are held at anonymous levels, and incase the agents are caught, their country wouldn't take any responsibility of them. In fact would deny recognizing them too. Knowing this, these brave citizens of our country do join these forces only so that the rest of our country sleeps peacefully.

A top-secret counter-espionage team 'Baby' is born after 26/11. Its officers, led by Ajay Singh (Akshay), have no official records or responsibilities, except to prevent terror attacks. If caught, the government maintains plausible deniability about them. But meanwhile, the trial-basis unit battles threats from Pakistan, within India and multiple global locations. How does BABY have it in them to prevent these attacks is the rest of the story.

BABY rests completely on Akshay Kumar's shoulders. He plays the role of Ajay Singh, an offer of the counter espionage team. He is a true Khiladi and when he is on screen there is no turning to another person. The patriotism he shows on screen can hardly be done by any other actor.

Other actors in the film like Rana Daggubati, Taapsee Pannu and Sushant Singh form good supporting characters for the plot of the film. Anupam Kher has a very small role in the film, but does it extremely well. He also adds to the light comic timing of the film. Kay Kay Menon, who plays Bilal in the film, is terrorist. Neeraj Pandey sure knows the menace Kay Kay Menon can create on screen, probably why has not given him many dialogues. Anyways, Kay Kay Menon's expressions say it all and say it well. Last but not the least Danny Denzongpa, he has so much of power in his screen presence, dialogue delivery and performance. He is one of the, most terrific actors in Bollywood.

Hats off to Neeraj Pandey for being able to execute such a gripping story. The movie tends to become too long, but you would want to go through it. The point is none of the scenes could be excluded in the movie as every single scene is like another step, which can't be ruled out. One thing is for sure, you won't be reclining a lot in the film, because for a major part of the movie one would be at the edge of their seat, literally chewing their nails. So this weekend definitely go BABY, baby!