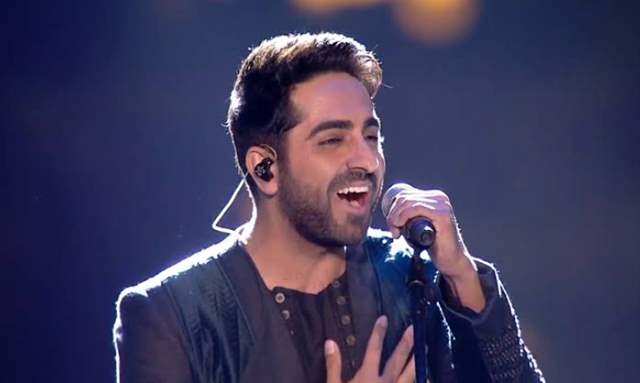 The Filmfare awards have always been fun and the star add elegance to the award show. This year, Ayushmann Khurrana graced the stage and it couldn’t be any distinguished with his presence. The actor is known for his versatile characters and performances. He had a splendid run this year and his film has created a lot of noise among the Bollywood fraternity.

Well, there is no doubt about his acting skills and he has always surprised the audience by the length to which he can jump to grab the perfect tone. This time Bala actor flattered the audience with his mimicry.

The actor was seen attending the Filmfare Glamour & Style Awards 2019 last evening made an 'oh-so-perfect' mimicry of megastar Amitabh Bachchan. The actor who was a former RJ at BIG FM, Delhi, he can easily tune his voice according to his preference.

The actor was awarded as the Most Stylish Star (Male) award and asked to mimic the eminent personalities on stage. He was given dialogues from his own movies that he had to deliver as another actor. After copying Big B, he went on to mimic Shah Rukh Khan.

Earlier this year, an old video of Shah Rukh Khan, Shahid Kapoor and Ayushmann Khurrana has resurfaced on the internet. The video dates back to 2012 wherein SRK and Shahid are seen making fun of the newcomers at IIFA. And it was Ayushmann’s turn to get roasted.

Khurrana has piqued the audience's interest and the fans have been looking forward to his next. With films like Andhadhun, Article 15, Dream Girl and more, the actor has stolen million hearts. His quintessential and unconventional choices have raised the bar for other actors as well.

On the work front, Ayushmann will soon be seen sharing the screen with Amitabh Bachchan in Gulabo Sitabo. He is also working on his next rom-com, Shubh Mangal Zyada Saavdhan.

svathi 8 months ago Ayushmann is my favorite actor.

ALTBalaji & ZEE5 salutes the army spirit by announcing The ...
43 minutes ago