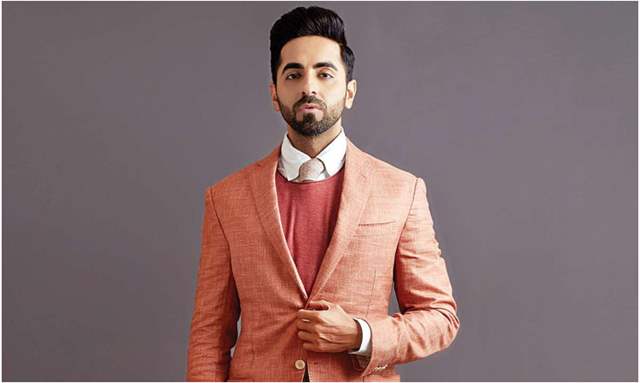 The Government of India had decreed a nation wide lockdown to curb the spread of coronavirus. While several sections of the society ceased to work, even the film and television industry had to suspend shoots.

Until recently, Chief Minister of Maharashtra Uddhav finally decided to relax some restrictions and has also allowed various offices to function. Furthermore, he also decided to permit shooting of shows and films under strict supervision and the guidelines submitted by FWICE (Federation of Western India and Cine Employees).

While several actors have already planned to resume their work, actor Ayushmannn Khurrana is finally back to work. The actor has said he felt great to be back at work again, adding that normalcy will soon be restored.

In an interview with Mid-Day Ayushmann said, “It was great to be back on the set after so many months. We all have been home, waiting to get back to what we love doing. I saw how people have prepared themselves for the shoot. Eventually, normalcy will be restored, and we will resume work with the necessary safety precautions in place.”

The work was completed “in an eight-hour shift with a skeletal crew”, he said to Mid-Day.

An IANS report also suggests that currently he is in Chandigarh to visit his parents at his now family home.

The Bala actor recently informed that the Khurranas have purchased a new family home.

The Khurrana family - parents P. Khurrana and Poonam, Ayushmann and his wife Tahira, and Aparshakti and his wife Akriti - bought a house in Panchkula, a satellite town of Chandigarh.

Meanwhile, on the work front, Ayushmann was recently seen in Shoojit Sircar's Gulabo Sitabo, which also starred Amitabh Bachchan and was scripted by Juhi Chaturvedi.

This Independence Day, Dangal TV actors salute our ...
29 minutes ago

Karan Tacker & Saiyami Kher of 'Special Ops' Fame Open Up on ...
57 minutes ago

Shantanu Maheshwari On Bhagat Singh's Efforts Inspired Him ...
59 minutes ago