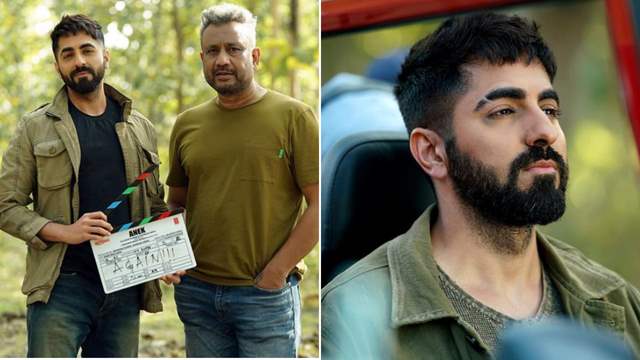 Ayushmann Khurrana and Anubhav Sinha joined hands in 2019 for their crime drama film titled Article 15. Based on the Article 15 of the Constitution and inspired by true events including the 2014 Badaun gang-rape allegations, the movie marked Khurrana’s never seen before avatar as an IPS officer and received rave reviews by critics.

The actor-director duo are now reuniting for yet another exciting film titled Anek. Ayushmann took to his official social media handle to make the announcement as she shared pictures with Anubhav Sinha. He also dropped the first look of his character Joshua and well, it's impressive. The actor dons an uber-cool look with short hair, half-cut eyebrows and a beard.

While not much details are revealed about the film, Anek has gone on floors in the North East region of India. Sources suggest ‘Anek’ is going to be Anubhav’s most expensive and big-scale film till date.

Anek is directed by Anubhav Sinha and produced jointly by Sinha and Bhushan Kumar of T Series.