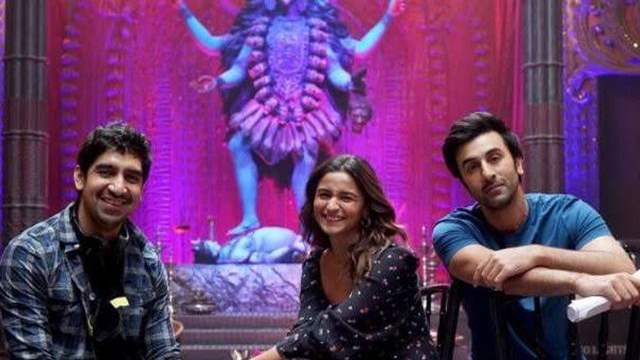 Even after multiple delays and hurdles, one film which has still managed to be in the spotlight is Brahmastra. The Ayan Mukerji starrer is finally all set for a theatrical release and promo videos and songs from the film have been released.

It was recently that the much-awaited song 'Kesariya' which was earlier only launched as a 60 seconds track got released in its complete length. While, fans loved the song immensely, there was a usage of an English word in the lyrics which struck the attention of the audience and made them bash and ridicule it.

Ayan Mukerji, director of the Ranbir Kapoor and Alia Bhatt-starrer Brahmastra, has opened up on the usage of the word ‘love storiyaan’ in the song, Kesariya.

On Reddit, a video of Ayan discussing the subject in an interview has gone viral.

On being told about how fans have called the usage of ‘love storiyaan’ as elaichi in a biryani, Ayan said,

"We put it with a lot of love, we found it very interesting. We did not find it like elaichi, we thought it was a twist like bahut shakkar me thoda namak jab aata hai, uska ek maza, ek swaad hai. Because the film is a modern film and the lyrics of the song are so traditional and simple, this would have been a fun twist. I still feel that in some time, people will actually start enjoying it even more."

Brahmastra is touted to be a mythological fantasy with a modern twist. The film stars Alia Bhatt, Ranbir Kapoor, Amitabh Bachchan, Mouni Roy and Nagarjuna in pivotal roles. It will hit the big screens on 9th September 2022.

+ 7
2 months ago So it's like trying to fool the ants by adding salt to sugar, only the ants are audience🙃

+ 9
2 months ago This is the kind of lame ass explanation creators give when they are both stubborn and lazy. Too attached to their work and don’t want to listen to audience feedback.If viewers collectively dislike a chotu line that is spoiling the vibe of your song, just change it na 🤷‍♀️ Why speak shakkar-namak wali bakwas?

+ 6
2 months ago These guys think they can justify anything with some words salad!!! Give us a break! I like how he has completely bypassed the fact that the song has been copied!!! In fact they removed all comments about the song being copied from YouTube!! Just amazing!

+ 3
2 months ago Not sure this movie will be hit

+ 3
2 months ago Sakkar me namak what does that mean?💀