View Profile
Aseem Merchant, the very hot model turned actor looks forward to the movie, 'Aseema' for placing a firm foot in Bollywood. Here is the actor in conversation..

Q. What is the film all about?
A. Aseema is a basically a story of a small town doctor called Dr. Ishwar, written by Aparajita Mahanty based on an Oriya novel and the character of Aseema is played by Gracy Singh. It's a love story that goes beyond boundaries with the man sacrificing big time for his love.

Q. What is your character in the film ASEEMA?
A. I play the character of Dr. Ishwar who works in a small town.

Q. Any interesting incident you remember that happened on the set?
A. We used to shoot 18 hours a day and the film is been shot in Orissa, hence we shot around the Puri temple and the surrounding areas. The interesting memories of course besides going and seeing the Puri temple was the tension that usually hounded the sets as Gracy Singh totally hated to see anyone smoking on sets. I being a chain smoker had to always vanish from the sets to ha 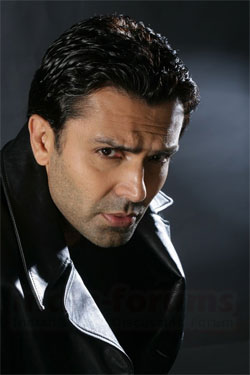 Featured Video
ve a puff, but whenever I got back, she used to understand that I have had a smoke, as she has a very powerful nose (laughs).

Q. How was it working with Gracy?
A. She is a lovely human being, I have had the privilege to work with some of the best stars in the industry, and it was a pleasure working with her.

Q. What is that one aspect you look upon before signing a film?
A. I choose my film based on the character firstly, because I have to project myself in different lights based on whether the film is an action film or a serious one like this one.

Q. We have not seen you in comedy role. Are you comfortable with it?
A. Yes, as an actor I will have to be and I want to try it. I think I am ready to present myself doing a comedy. It is hard to make people laugh but I think if you have the talent in you, you can do it. Like the way Ahshay Kumar did, from action he is now doing comedy and he is doing it in such a great way. You have to explore all the angles of your talents.

Q. Salman Khan made a sketch of yours on Boney Kapoor's set, what did you feel at that time? What was your first reaction?
A. It wasn't a surprise; I was in his room after the shoot enjoying having a sip at my drink when Salman decided to make a sketch. It took more than two and a half hours to make the sketch. It was touching because when somebody who is very busy and mainly when he is such a big star takes out his time to make a portrait on you, it is really touching. It is priceless and I will treasure it throughout my life.

Q. How was the journey from modeling to acting? Did you always want to become an actor?
A. Yes, modeling as I said, I started to make some extra money but I have always been passionate about Hindi movies, acting, performing. As a child I was very fond of Amitabh Bachchan. So far I am happy with the kind of work I have done and looking forward that people will come to watch this film and hope they like it too.

Q. Is it true that modeling is a good platform to enter into films?
A. Ya! I guess modeling gives you the basics because that too is show business, but then you should have the talent too to become a successful actor. After that its all about you and what you put into your character, that makes you or breaks you.

Q. How was it working with Sisir Mishra?
A. Sisir is from a different genre of film making. He has done hit films like Bheegi Palke, written Kora Kagaz. He is a very passionate and hard task master, but a lovely person because he believes so much in the project and detailing that I have learnt a lot. He treated me like a son, so it was like being part of the family.

Q. If not an actor what would have you been?
A. Actor. This is the only thing I wanted to be and so I am.

Q. What are the other projects you are working on?
A. I am with talks with some big banner for a comedy film, so if that materializes then I am definitely doing the film. Next I am doing a film with Boney Kapoor named 'Wanted' with Salman Khan in it, and there is one more film called 'Anuman' which is a Hollywood film where I play the role of Laxman.