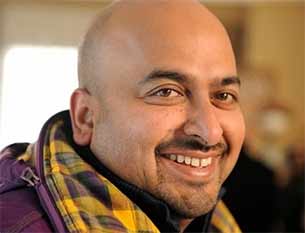 Director Samir Tewari has roped in Arshad Warsi for his debut film "Mr. Joe B. Carvalho". He says that the actor is very versatile, but his potential hasn't been fully utilised yet.

Samir Tewari told IANS: "Arshad is a great actor. Can you imagine 'Munnabhai M.B.B.S' without him? He is an incredible actor, but he is the most underrated and unutilised actor."

Post the success of "Munna Bhai" series, Arshad is mostly seen in funny roles despite the fact that he won lots of critical acclaim for his work in "Sehar".

"The problem is people tend to get easily typecast in the industry. Arshad can pull off serious and intense roles so well. I have seen his 'Ishqiya' where his role is intense. He is certainly a great actor," said Tewari.

Meanwhile Samir is confident about "MMr. Joe B. Carvalho", which is coming out on Jan 3 and also stars Soha Ali Khan.

"The comedy is not the same in the film, it's altogether a different comedy. If the film clicks, then a new genre of comedy will be introduced in Bollywood," said Tewari.