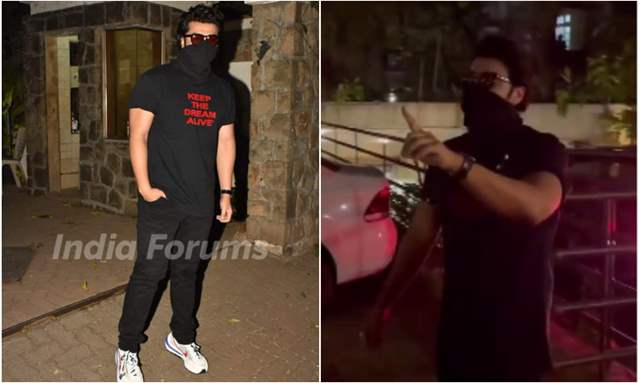 Kareena Kapoor Khan’s close friends and family members are ofter snapped visiting the actress who recently turned a mother of two after she welcomed her ‘baby #2’. On Sunday evening, the shutterbugs spotted Arjun Kapoor, Malaika Arora, Amrita Arora and Karisma Kapoor visiting their beloved Bebo and her newborn son.

However, Arjun lost his cool over a photographer who attempted to climb the wall of Saif and Kareena's compound and immediately asked him to get down. The Panipat actor then pointed out to the paparazzo that it was wrong of him to have climbed the wall.