View Profile
Are you a 'Prem'- deewani? Then this is for you!
BollyCurry is back with an interesting feature for all the Prem lovers out there. Prem means 'love' in Hindi, and consequently this name has given us some of our much loved male characters in Hindi cinema.  Let's take a stride down Bollywood lane and look at some of the most popular 'Prems' of the past few decades. 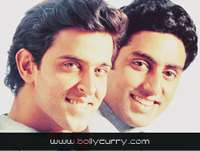 The two actors played characters called Prem in the Sooraj Barjatya movie, Main Prem ki Diwani Hoon (2003). Hrithik portrays the character of Prem Kishen who is an employee of the American-Indian businessman Prem Kapoor, played by Abhishek Bachhan, both of whom fall in love with the same girl Sanjana (Kareena Kapoor). Unfortunately, despite its stellar star cast the film did not fare well at the box office.

Shahid Kapoor
The chocolate boy Shahid Kapoor was Sooraj Barjatya's next Prem in Vivah (2006), in which he was paired opposite Amrita Rao. Vivah tells the heartwarming tale of the golden period between engagement and marriage for two individuals - Prem and Poonam. The role earned Shahid a lot of praise for his acting and the film was declared a blockbuster after seven weeks of running. It was also the first Indian movie to be simultaneously released in the cinemas as well as on the production company's official site. 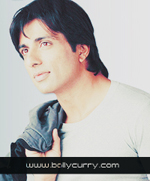 Sonu Sood played the role of Prem in Rajshri Productions romantic drama Ek Vivaah...Aisa Bhi (2008). The film tells the beautiful story of the sacrifice and timeless love of two individuals Prem and Chandni (Isha Koppikkar), who meet at ghazal practice and fall in love. Despite its unique storyline, and it's predecessor, the film failed to do well at the box-office. 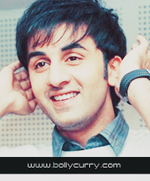 The young heartthrob Ranbir Kapoor portrayed the role of Prem Sharma in Rajkumar Santoshi's romantic comedy Ajab Prem ki Ghazab Kahani (2009).  Prem, a happy-go -lucky lad falls in love with Jenny (Katrina Kaif), who he later learns, is in love with her college friend Rahul (Upen Patel). Heartbroken, he hides his true feelings for her and plans to unite her with Rahul for the sake of her happiness. The film received a good response at the box-office and was the third-highest grossing film of 2009 after 3 Idiots and Love Aaj Kal.


The audience's 'prem' for Prem is evergreen but what we would like to know is who is your favorite Prem and who would you next like to see fill the beloved character's shoes?