It’s just been a few weeks’s since Zee’s Arddhangini has been on air. The larger than life sets and the royal Bengali ambience has certainly left the audience spell bound. However, the buzz around is that the story is more or less similar to the ancient fairy tale - 'Beauty and the Beast'.

The protagonist of Ardhangini, Ajay Krrish was enthusiastic and brimming with joy when he was offered this role, but it looks like his fans are disappointed now, for their favorite star is playing a very subtle and not-so-good looking character of Priyam in the serial. The Telly Buzz Team talks to the actor who addresses the issue and puts his fans at ease. 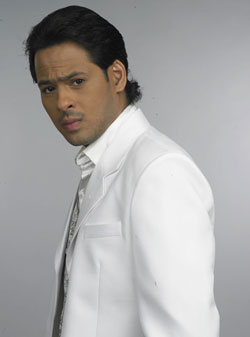 Featured Video
"This is certainly not the story of Beauty and the Beast", reassures Ajay. " Priyam is a very complex and intense character, and that is why I opted for this role. The reason why people might feel that the character is like the Beauty and the Beast, is because Priyam is slightly insecure as the woman he loves is just so very beautiful. But he is a very deep and emotional man, who will want to cry and brood alone, but will never express himself before others", explains Ajay.

When asked Ajay if he had something to convey to his angry fans, the actor replied, “I am truly touched by their gesture, but guys, trust me, it's nothing like the way things have been portrayed. Keep watching the show and hitting me back with your feedbacks.”

Is there any new twist coming up? “Yes, there is going to be a love triangle soon. But that might just start off as a cameo, but we’ll see how it goes. Something like how I was in Mamta. If the audience likes it, the cameo might be extended", signs off Ajay as he breaks the ice.

We have seen stories where girls get taunted for lack of beauty. But this serial gives the audience a different flavour, as the protaogonist Kangna is extremely gorgeous, but has to face hurdles in life, as her own beauty turns a curse for her. Now, will this insecurity in Priyam shatter all the dreams of Kangna? What is in store for Priyam and Kangna, with the inclusion of a love triangle in the serial?

For more twists and turns in this story track, keep watching Arddhangini, Monday to Thursday, at 11pm only on Zee TV. 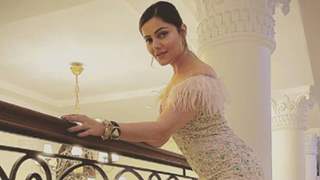 Rubina Dilaik on trolls: The idea of beauty is so much ruined in the ... 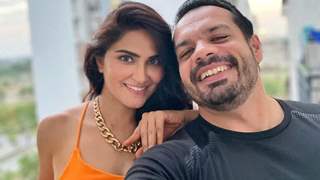 + 3
14 years ago wow, i hope ajay krish's character is more focused on

14 years ago do kangna n priyam get married? i have not seen one episode of this show yet... but from what i've heard...so far things are only ok... not rhat great

14 years ago Boring....tried n tested concept..done atleast 100s of times before. The girl will be married to the other guy before u know it...