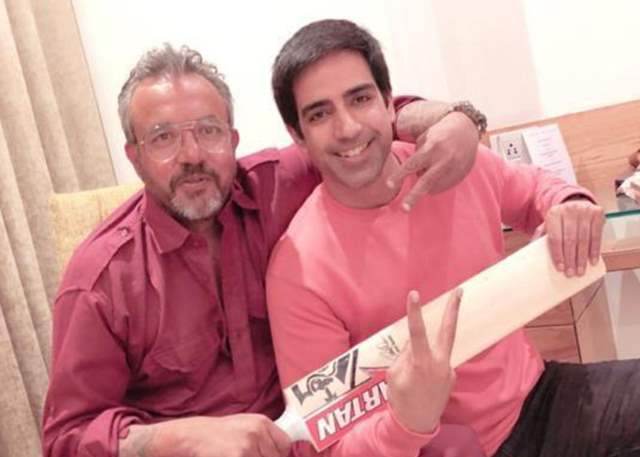 Actor Mudasir Bhat, who was last seen in the web series, Crackdown alongside Saqib Saleem credits his director Apoorva Lakhia for the show and his performance. Not many are aware of the fact but Mudasir and Apoorva met not at any office but on a cricket ground. The two were playing friendly celebrity matches and that's when their bond grew.

"Yes that's true that Apoorva and I met at cricket ground and our friendship grew from there. Infact when the casting of Crackdown was underway, he asked me to come and give an audition, but being a professional that he is, there was no concession of any friendship or known elements. I had to go through the entire process just like any other actor. The only thing he did was he asked me to come and audition for the role, and thankfully I cracked it. He was happy when I told him about being selected for Crackdown", says Mudasir

"For people who think Apoorva is chilled out and all, that true but only off camera. Off camera he would be a great one, and when on sets, he is extremely professional. All the actors were always 10 mins before the call time because Apoorva is very punctual and discplined, so yes we were a big scared off him but it helped us alot to grow over a period of time".

Mudasir remembers Apoorva's kindness and acknowledges it well, "On the last day of my shoot, Apoorva came to the room and gifted me a cricket bat, knowing I am into cricket and both Saqib and I have played together and for the state. I was very touched by his gesture and I will always be thankful to him. He is no less than a mentor and a father figure to me", he sums up.

''It’s been an honour to work with THE Apoorva Lakhia,'' saya actor ...