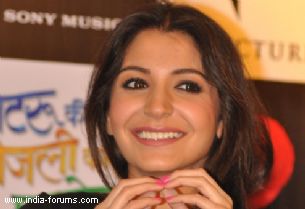 Anushka Sharma has started shooting for her maiden production venture "NH10" and the actress-producer is having mixed feelings about the project.

The actress, who is co-producing the film with production house Phantom, took to Twitter to share her feelings on the first day of the shoot.

"First day of shoot for 'NH10' today (Friday). Excited...nervous...send some love and your warm wishes please," Anushka posted on the microblogging site Friday.

The action thriller is directed by Navdeep Singh, known for his critically acclaimed directorial debut "Manorama Six Feet Under", and revolves around a road trip that goes awry.