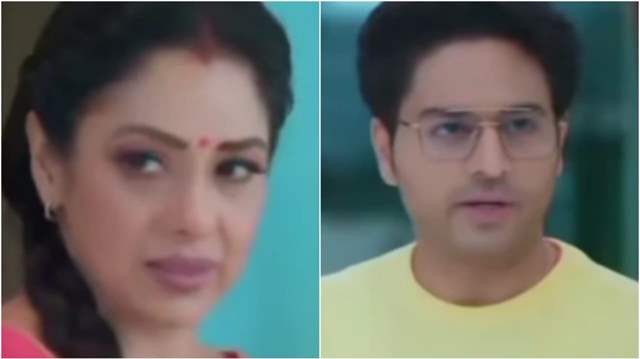 Star Plus show ‘Anupamaa’ is getting quite interesting with each passing episode. The current track of the show revolves around Anupamaa exposing Pakhi in front of everyone. In the upcoming episodes, Anupamaa asks Pakhi if she ever realized the sacrifices that her mother has done all her life. She tells Pakhi that she has always handled her expenses carefully so that her children can benefit from the savings.

Anupamaa breaks down in tears. Anuj consoles her. Kinjal, Devika, Dolly, Samar, Toshu, Bapuji and Baa try to make her realise her faults but she lashes out at them and asks them to not taunt her. Vanraj slams her for her behavior. Anuj tells Pakhi that even if the God tells him that Anu married him for money, he will never believe him because Anu held his hand when he had nothing.

Anupamaa wipes off her tears and asks Pakhi to leave the house along with Adhik. Adhik tells her that he will take it as a learning experience and will leave the house. Pakhi revolts and begs Anu to keep her in the house but Anupamaa asks her to maintain her dignity and not beg. Anu asks if anyone can take Pakhi’s guarantee and no one agrees for the same. Anu asks Pakhi and Adhik to leave. Anupamaa performs their aarti and blesses them to have a fruitful future.

In the forthcoming episodes, Anu asks Barkha and Ankush to leave the house as Barkha was involved in instigating Pakhi. Anupamaa, Anuj and chotti Anu leave for their trip out of town while they get stopped. Anupamaa gets stressed as a new trouble waits for them.