Mumbai, Sep 26 (IANS) There's a story behind how Anupam Kher got young writer Neeraj Pandey to part with the script for 'Dosti Badi Cheez Hai', the film the actor will be directing this January in collaboration with UTV.

Pandey was apparently keen that he direct the film himself. But then Anupam heard the story while Pandey was directing him for 'Wednesday' and got interested.

'Bas, mera dil aa gaya. I wouldn't let Neeraj be until he gave it to me. Throughout the making of 'Wednesday', I badgered Neeraj until he finally relented,' laughs Anupam.

'Dosti Badi Cheez Hai', he says, is 'an extremely fresh youthful look at friendship and bonding in today's context'.

'The fact that me and Satish Kaushik who are co-producing this film have been friends for more than four decades makes the script very, very precious to me.' 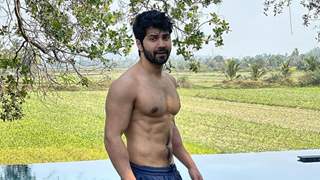