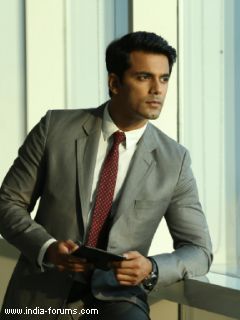 While there has been a plethora of new shows on various channels, one such show is Rajan Shahi's upcoming show on Sony Pal. Director's Kut Productions has earlier produced shows like Sapna Babul Ka Bidaai, Yeh Rishta Kya Kehlata Hai, Aur Pyaar Ho Gaya etc. now once again the production house is set to present something unique and refreshing with this show.

As Anuj was away from the TV world for quite sometime now, he is all set to showcase his acting skills in the upcoming show. Anuj was last seen in Sony TV's Chhanchhan.

As per our reliable source we came to know that, "Anuj Sachdeva has been finalized to play the lead role in the show. However, the show's name has not been finalized yet."

Adding further our source says, "It's a family drama and a love story."

We shall keep you updated more on such news. Till then keep reading this space.

puja121 6 years ago i don't want to hurt anyone sentiments regarding yrkkh but i want hina to play young roles of her age . i want her to see in different roles not in the same role . that is my opinion.

aksharaholic 6 years ago Why are you bringing YRKKH in for no reason? YRKKH Rocks and Its Top 5 this week on TRPs, You can not just watch if you think Boring, YRKKH Rocks Naksh Rocks Hiran Rocks

puja121 6 years ago plz end yrkkh. how many yrs are they goin to drag the show ,showing only festivals n marriages. plz stop all the shows which has crossed 1000+ episodes. they are very boring.

ragzz. 6 years ago OMGGG!!! Anuj Sachdeva is back :OOO I am going to try watching this only for him..hope they choose a proper lead girl opposite him!!!

Vishi- 6 years ago All the best for new show :)
Aur Pyaar Hogya Rocks

Gagani 6 years ago I want all Sony Pal serials to be aired on Sony as well.

*Dev.* 6 years ago well, Rajan shahi has made KTLK as well and his shows are always nice. So lets see how this will be. Commenting here for Sony Pal and Rajan shahi sir.