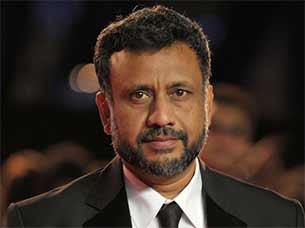 Director-producer Anubhav Sinha, who is gearing up for the release of his Madhuri Dixit-starrer production "Gulaab Gang", about the women vigilante group, says his next will be a comedy.

Sinha, who went behind the camera to direct Shah Rukh Khan-starrer superhero film "Ra.One" and multi-starrer "Dus", told IANS: "It's too early to talk about it. All I can say is that it's a comedy that will go on floors soon."

Reportedly Nikhil Bhat will helm the project to be made under Sinha's banner Benaras Media Works.

Meanwhile, Sinha is looking forward to "Gulaab Gang", which is directed by Soumik Sen and will see Madhuri as the protagonist, while Juhi Chawla will be seen as the antagonist.

Disha Salian did not dial 100 before her death, says Mumbai ...
29 minutes ago

Nishant Malkani: I may not agree with everything Kangana ...
52 minutes ago

What was Ranveer Singh doing at YRF Studio? Close Source ...
59 minutes ago